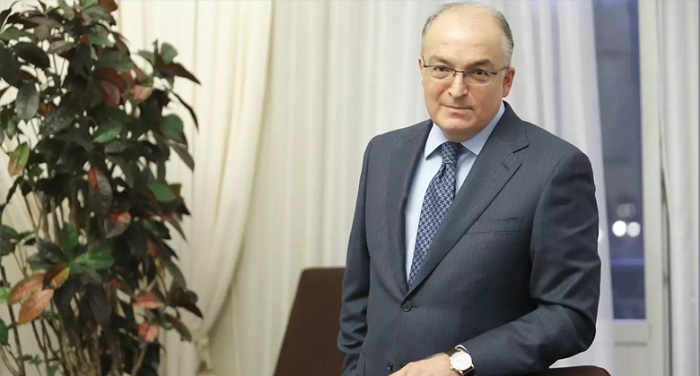 “The completion of the SGC comes at an interesting time of changing energy markets and increased focus on addressing climate change. Yet, concerns about Russia’s reliability as a natural gas supplier and its politicization of gas exports, and a need for natural gas in Europe remain, just as countries in the Caspian basin continue to have significant gas deposits,” said Efgan Nifti, Chief Executive Officer of the CPC.

“This was a long journey for the region and the partners that built the SGC, and this is an important achievement.” Completion of the $40 billion SGC marked an important milestone for United States diplomacy. Francis R. Fannon, Former Assistant Secretary for the Bureau of Energy Resources at the U.S Department of State, delivered keynote remarks during the discussion highlighting the decades-long energy diplomacy efforts across several United States administrations, public-private partnerships, and investments from multinational energy companies to bring the SGC project to completion.

“Energy is not just a technical matter but is a proxy for foreign policy. The SGC may be one of the greatest testaments to that concept,” said Former Assistant Secretary Fannon.

“Energy is foundational to development, security, and the exercise of sovereignty, and the SGC is the path to all three of those. This achievement was built on decades of energy diplomacy across United States administrations on a bipartisan basis.”

The SGC was made possible through cooperation across many governments and private companies in Southeastern Europe and the South Caucasus. Ambassador (ret.) Robert F. Cekuta, Energy and Economy Program Chair at the CPC, moderated an insightful conversation among the webinar participants on how the completion of the SGC can facilitate new outlets for transportation and connectivity across Europe and Eurasia.

“We have enormous opportunities to work together,” said Ambassador Suleymanov. “There are new emerging possibilities for transportation corridors, working together with our neighbors, including Armenia, and incorporation into the region to make everyone’s sovereignty and development sustainable.” “Energy security, source diversification, and decarbonization objectives are of crucial importance, and Albania is glad to contribute the Trans Adriatic Pipeline’s efforts to boost them. An integrated gas energy market and diversification of supply will be a great accomplishment,” said Ambassador Faber.

“What is most important, due to climate change being the world’s greatest challenge, is that it will introduce more environmentally friendly resources.” “Energy security remains an important part of our bilateral agenda with the United States and with the region,” said Ambassador Bakradze. “We are looking forward to increasing cooperation in the future to work with the new administration to build off the previous bipartisan successes in the field of energy security.”

The panelists, Ambassador (ret.) Richard Morningstar, Director and Chairman of the Global Energy Center at the Atlantic Council; Elshad Nassirov, Vice President of Investment and Marketing at SOCAR; and Robert Scher, Head of International Affairs at BP America mentioned the existing potential to expand on the SGC to provide much-needed energy resources to the Western Balkans.

“The SGC is a tremendous, complicated, and an audacious project. And to think it would be completed on time and under budget is very remarkable,” said Mr. Scher.

“There are five reasons for why the project has been so successful – a clear business case to diversify energy supplies; close coordination between private and public sectors; top-notch technical expertise; clear commitment and goals; and partnership amongst countries.” “The United States has been showing support for bipartisan projects in the Caspian region for more than 25 years, and it is a great achievement,” said Ambassador Morningstar.

“Projects of this scale and magnitude should not be political. They should be commercially viable like the SGC project.” The installation and completion of the SGC relied on the continued collaboration among participating countries and the private sector’s successful mobilization.
The panelists mentioned that regional prosperity is integral to ensure that future energy infrastructure developments similar to the SGC can withstand global shocks, such as the COVID-19 pandemic, dips in the hydrocarbon market interstate conflict.