The volumes of oil transit from Turkmenistan and Kazakhstan through the Baku-Tbilisi-Ceyhan main export pipeline of Azerbaijan will increase over the next 3-7 years. 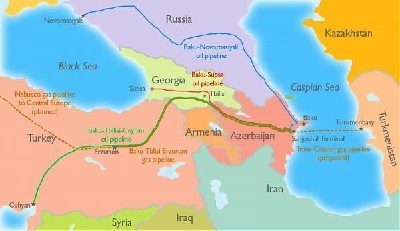 According to the news Agency MEDIA-TURKMEN ORIENT, this was stated at held in Baku the international forum “Caspian and Central Asia – trade, logistics, oil refining and petrochemistry” by the head of Department of strategic development and investment projects of Azerbaijan Caspian sea shipping Tariyel Mirzayev.

According to the official, the growth will be ensured by the purchase of new tankers by the Steamship, the construction of which will be completed next year.

BTC pipeline with a length of 1,768 km and a daily capacity of 84,000 tons has been operating since 2006, delivering Caspian oil to the Turkish Mediterranean port of Ceyhan.

Turkmen “black gold”, delivered to Baku by tankers, has been exported under it since 2010. According to the Azerbaijani state statistics Committee, over 6.5 million tons of transit oil were pumped through the pipeline in 2017, and 1.5 million tons in the first quarter of this year.

In General, Baku-Tbilisi-Ceyhan accounts for over 80% of oil traffic going through Azerbaijan’s oil trunk pipeline