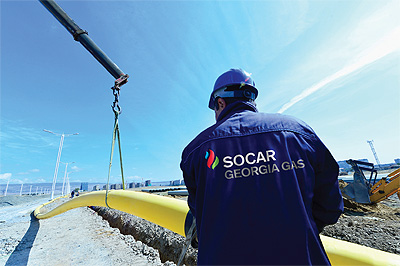 According to the balance of natural gas approved by the Ministry of Economic Development for 2020, Azerbaijan remains the main supplier of blue fuel to Georgia.

Next year, Georgia also plans to import natural gas from Russia in the amount of 169.9 mcm, which is 18% higher than the current year.

Georgia’s annual consumption of natural gas is 2 538 mcmeters. In particular, the so-called “social gas” is 1 626.4 mcm, of which 1 026.4 mcm is planned to be allocated for gas supply to the population, and 600 mcm – for the generation of electricity at thermal power plants. Enterprises and organizations are to be supplied 911.6 mcm.