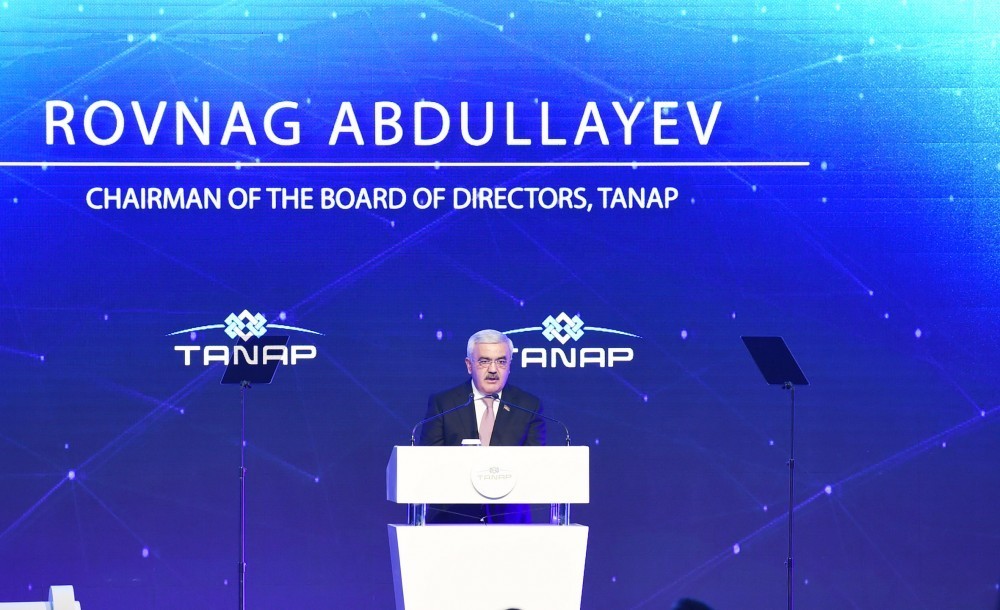 “I am convinced that the Trans Anatolian Pipeline (TANAP) will accelerate the economic development of Turkey and Azerbaijan”.

Rovnag Abdullayev, President of the State Oil Company of Azerbaijan (SOCAR), said at the opening ceremony of the first part of TANAP in Eskisehir, Seyidqazi district (Turkey), Report informs.

Rovnag Abdullayev, President of SOCAR and TANAP Chairman emphasized that TANAP will further strengthen the historic friendship and brotherhood between Turkey and Azerbaijan. He said: “We always rely on Turkey and Turkey’s economy. TANAP is inaugurated today as an indicator of our friendship and cooperation which is behind this trust. TANAP will further accelerate the economic development of both countries and will contribute to their energy security. The transportation of Azerbaijani gas directly to European markets will strengthen Turkey’s geostrategic position and will allow it to be an important energy hub. On this occasion, I would like to extend my special gratitude to the government officials of Turkey and Azerbaijan, and all of our colleagues who were working for this project.”