“Russia’s gas exports are growing by 6-7% annually. This year there will be the most record gas deliveries to Europe. We are reaching peak volumes because consumers need Russian gas,” Russian Energy Minister Alexander Novak said during the speech at the Russian Energy Week. 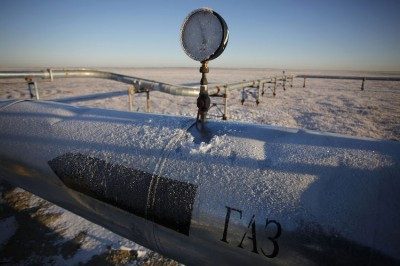 According to Novak, the total demand for gas for the period until 2035 will increase by 40%, or by 1 trillion 477 billion cubic meters. The gas trade will increase annually by 2.6%.

In turn, the Federal Customs Service reports that for eight months of 2018 Russia’s total revenues from exports of oil, oil products, LNG and natural gas amounted to $ 169.07 billion.

Miller: Gazprom to Start Deliveries to Europe via Nord Stream 2 from January 1, 2020

Miller noted that the first Nord Stream has been operating for quite a long time in excess of its planned capacity, and this is yet another proof of the relevance of Nord Stream 2.

According to him, in the European market pipeline gas plays a key role in the gas and energy balance. “If we talk about gas imports, then LNG at the present time, following the results of eight months of 2018, has only 12%. All the rest is pipeline supplies. At the same time, the supply of LNG to the European market for the eight months of this year decreased by 4.5 bcm,” said the head of Gazprom.

According to Miller, from January 1, 2018 to the present day gas prices in Europe have grown by almost 20% and the price of LNG is still higher. “And the most important thing is that LNG prices on the Asian market are one third higher than prices on the European market,” Miller said.

The head of Gazprom emphasized China’s opportunities for the global gas market. “We need to look at China, which shows the highest growth rates of gas consumption. Last year, gas demand in China grew by 15.3%, and during the time from the beginning of the year to the present day, by 17.5%. These numbers are impressive, very impressive,” Miller said.

In his opinion, pipeline supplies will play a very important role in the reliability and stability of China’s gas consumption. “This country has a continental climate in the north and northeast. And in the autumn-winter period, the demand increases significantly. I want to immediately note that it is precisely the pipeline gas supplies, and not the liquefied natural gas supplies, that actually make it possible to level these peak needs within a few minutes. Due to liquefied natural gas, they are much less efficient, since LNG is a much more expensive product. Therefore, the import of pipeline gas will grow absolutely objectively in the Chinese market,” the head of Gazprom emphasized.

In addition, A. Miller reported that in two months Gazprom will complete the construction of the sea part of the Turkish Stream.

In turn, as Sergey Stryukov, technical director of Nord Stream 2 AG, said in an interview with journalists, the construction of the Nord Stream-2 gas pipeline is in full swing.

“The Solitaire pipe-laying machine is in Finnish waters in the direction of Russia. It will come closer to December,” he said. At the same time, the technical director did not specify how many kilometers of the pipeline it is planned to lay before the end of 2018: “We have a general plan, which ends in 2019”.

According to him, the Solitaire pipelayer works round the clock, with no days off.

It should be noted that the construction of the Nord Stream-2 began in the territorial waters of Finland on 5 September.

At the same time, another pipelayer, Castoro 10, is building the Nord Stream 2 off the coast of Germany. “The vessel welded pipes one after another, and then big winches pulled them ashore to connect with the onshore facilities. And this work has already been completed,” said Nord Stream 2 AG spokesman Jens Muller.