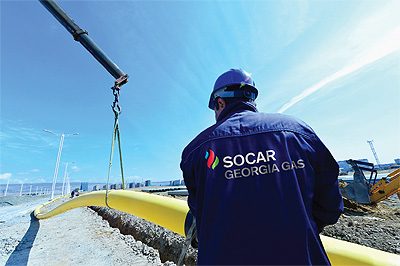 According to SOCAR, the main activity of SGG is to implement the gasification program of Georgia. In 2008-2017 SGG provided gas to more than 250 thousand customers, investing for this purpose about $ 290 million.

“In 2017, the company’s capital investments amounted to $ 40.3 million. Over the entire period since its inception, SGG has managed to reduce the level of gas losses in the gas distribution network of Georgia from 31.5% to 3.6%. At present, the company serves over 590,000 gas customers in Georgia,” the report says.

As reported, SOCAR Georgia Gas Ltd was established in 2007 to develop the natural gas market (both wholesale and retail). At present, it provides customers with natural gas in all regions of Georgia.