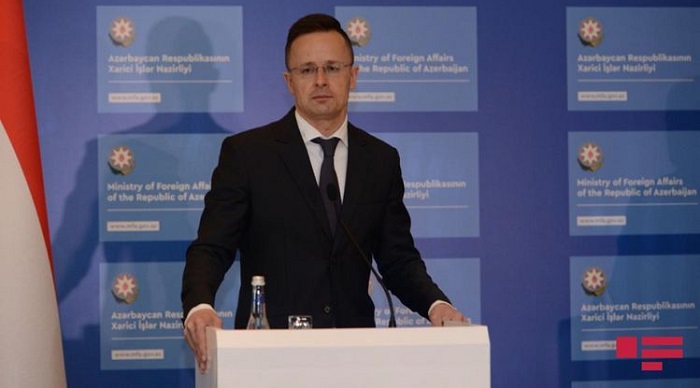 Hungary would have a physical link to the Southern Gas Corridor through an interconnector between the networks of Greece and Bulgaria as well as a pipeline between Hungary and Serbia, to be completed before the end of 2021, Péter Szijjártó, the minister of foreign affairs and trade, said after talks with Azerbaijani counterpart Ceyhun Bayramov in Baku on Wednesday

According to him, it is in Hungary’s interest to buy gas from Azerbaijan via that route: “Azerbaijan is working to increase its natural gas production, facilitating the purchase of large amounts gas “from the middle of the decade, but more likely from 2023-24 on”.

The minister added that talks between Hungary’s energy company MVM and Azerbaijan’s oil company SOCAR are underway with the legal groundwork for an agreement before Azerbaijan’s production volume can meet such purchases. Hungary will complete the missing section of the pipeline through which Azerbaijani gas is set to arrive in the country.

Szijjártó congratulated Bayramov on signing an agreement with Turkmenistan on supplying gas to Europe. “This is a great step forward for Hungary because we’ll be able to buy gas not only from Azerbaijan but also from Turkmenistan via the Southern Corridor.”

As the last segment of the Southern Gas Corridor, TAP, which provides Europe with reliable access to a new natural gas source and is of strategic importance, plays a vital role in strengthening Europe’s energy security, diversifying supplies serving decarbonization purposes.

TAP transports natural gas to Europe from the giant Shah Deniz field in the Caspian Sea’s Azerbaijani sector. The 878 km pipeline connects to the Trans-Anatolian Pipeline on the Turkish-Greek border in Kipoi, crosses Greece, Albania, and the Adriatic Sea, and reaches Italy’s southern coast.

TAP can stimulate gas supplies to Southeast European countries through interconnectors to be built in the future. For example, Bulgaria will strengthen supply security by meeting 33% of its natural gas needs via TAP. In turn, it will increase the penetration of natural gas in the country. TAP’s outlets in Greece and Albania and Italy also open up opportunities for transporting Azerbaijani gas to other European countries.