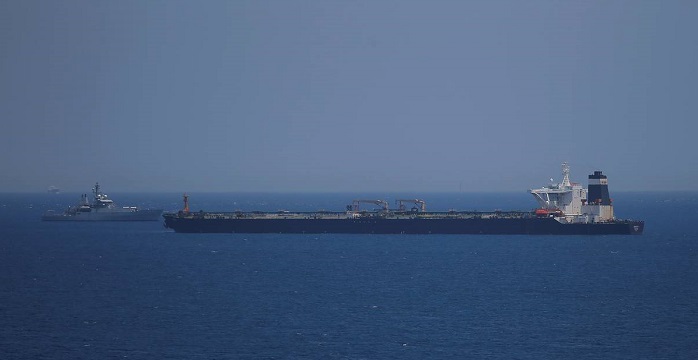 Iranian tankers are hiding in Iraqi waters to do their ship-to-ship transfers of crude oil to avoid U.S. sanctions, the Wall Street Journal reports, citing documents and U.S. officials

The Iraqi port of Al Faw is one regularly used point of transfer, according to the sources and the documents. There, Iranian tankers offload the crude to other vessels where it is mixed with oil from other sources, such as local crude, to avoid detection.

Apparently, such transfers have grown into a lucrative business for the parties involved, who then sell the mixed oil as Iraqi.

Ship-to-ship transfers, not just off the Iraqi coast but elsewhere, too, have become Iran’s go-to method of getting its crude oil to foreign buyers amid the sanctions. While production of crude oil has declined substantially following the re-introduction of U.S. sanctions against Tehran, the country is still exporting over 800,000 bpd, as of the first half of this year, according to data from TankerTrackers.com.

China is Iran’s biggest oil buyer. In fact, as Simon Watkins reported earlier this month for Oilprice.com, China has been stocking up on cheap Iranian crude. Citing an unnamed oil industry source close to Tehran’s oil ministry, Watkins said China took in some 8.1 million barrels of Iranian oil between June 1 and July 21. Official reports from China said the country had not imported any Iranian crude in June.

In September, TankerTrackers.com reported that Iran had upped its exports further, to almost 1.5 million bpd. This was a lot more than official data suggested, as were exports in previous months. Despite statements from U.S. officials that they are tracking Iran’s ship-to-ship transfers, no direct action has been taken yet to put a stop to this.

“The amount of the exports of petroleum products in Iran have been unprecedented,” Iran’s Oil Minister Bijan Zanganeh said in August.

“We have been so successful at collapsing Iran’s oil sector because we enforce our sanctions,“ said the former U.S. special representative for Iran, Brian Hook. “We have warned the maritime community for two years of the dangers of moving Iranian oil.”