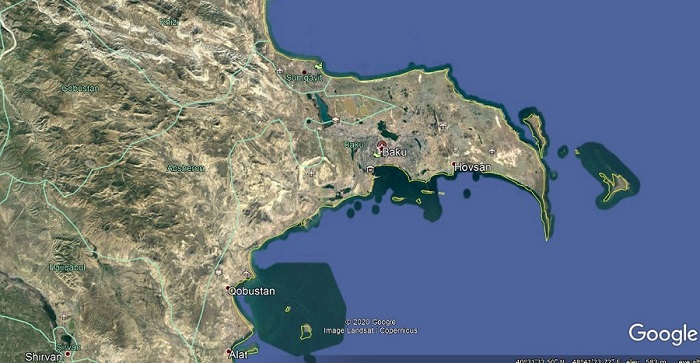 BP has published a draft document on environmental and social impact assessment within the framework of the project for the development of shallow waters of the Absheron archipelago (Shallow Water Absheron Peninsula project, SWAP).

The document examines the potential environmental and social impacts of the project and describes the recommended mitigation measures.

Note that SWAP is a promising area of the Absheron Peninsula in Azerbaijan.

On December 22, 2014, SOCAR and BP signed a production sharing agreement on joint exploration and development of potential deposits in shallow water around the Absheron Peninsula, the contract was ratified by the Azerbaijani parliament on April 14, 2015.

According to the plan, BP plans to drill three exploration wells in the shallow waters of the Absheron archipelago in 2021.

“The SWAP contract area includes three promising areas – north-east, south-east and west. It is planned to drill one exploration well at each of them. In the first quarter of 2021, drilling of the North Khali well (NKX01) in the north-eastern prospect will begin 15 km from the coast at a water depth of 22 meters, ”the company said.

According to BP, the goal of drilling well NKX01 is to discover hydrocarbon reserves at a depth of 2,500 meters from the seabed.

“Under the main scenario, drilling of well NKX01 will start in January 2021. However, based on previous experience, there may be delays in the commencement of drilling operations by the most accurate estimates of up to 2 months due to logistics or other operations. The main goal of drilling the well is to confirm the presence of hydrocarbons before potential development of the contract area in the future,” the document says.

The drilling is expected to last up to 90 days. An additional month will be required to drill a deviated appraisal lateral well if a number of targets are achieved as a result of drilling NKX01. In case of problems while drilling the upper section of well NKX01, the well can be re-drilled within 50 m from its original location.

For exploration drilling within the framework of the SWAP project, a jack-up drilling rig Satti rented from Kazakhstan will be used.
Based on the drilling results, BP expects to discover oil resources in this block.