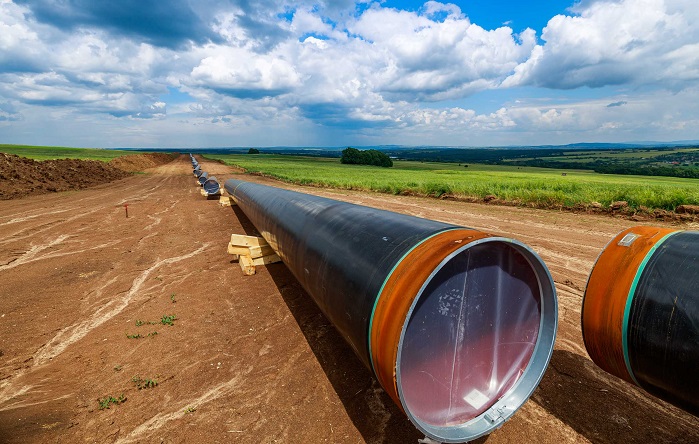 The project company ICGB which is responsible for the implementation of the Greece-Bulgaria gas interconnector, has successfully utilized the first tranche of the loan financing from the European Investment Bank (EIB). The total value of EIB financing for the purposes of the project amounts to EUR 110 million, which is secured by a guarantee from the Bulgarian state.

“This is an unconditional achievement that costs a lot of complex preparation and joint efforts of the project company and the EIB and BEH, as the utilization of such a resource requires the prior fulfilment of a number of serious conditions.”, explained the executive officers of the project company Teodora Georgieva and Konstantinos Karayannakos. According to them, this successful stage in the work on the project is also a
sign for the financial institution’s trust in IGB.

The EIB loan agreement was signed with BEH in 2019, so the financing of the IGB project is fully secured. The total value of the interconnector that will connect the gas transmission networks of Bulgaria and Greece, is nearly EUR 240 million, provided from shareholders’ capital, a loan from the EIB of EUR 110 million with a state guarantee and grants of EUR 39 million under the Operational Program “Innovation and Competitiveness
2014-2020″. For the purposes of the project, EUR 45 million have been provided from the European Energy Program for Recovery.

A number of documents have been prepared and presented for the IGB project – gas transportation agreements with the capacity users; agreement for utilization of the loan and contract for establishment of a special pledge in favour of BEH EAD as a direct lender of the project company. The other collaterals have been established; the required insurance has been concluded with the necessary coverage for all risks during the construction.

The ICGB recognizes the synchronized and focused work with the EIB team and the project shareholders as an expression of the common position of the national governments of the two countries and the EC, which makes the IGB project a top priority in the energy sector for the whole region.

“The realization of the gas pipeline will increase the security of gas supplies and will lead to real diversification of sources. We are confident in the success of the project and the achieved utilization of the first instalment of the loan is a serious and significant progress, which is possible thanks to the persistent efforts of all parties.”, said Konstantinos Karayannakos.

According to Teodora Georgieva, the fulfilment of all conditions for the utilization of the loan is a unique project result, especially given the current complex epidemiological situation and the multinational profile of the team working on the implementation of the IGB interconnector.

“The progress in the implementation of the project proves that in the presence of a common strategic cause, such as the IGB gas pipeline, there are no obstacles that cannot be overcome.”, Georgieva said.