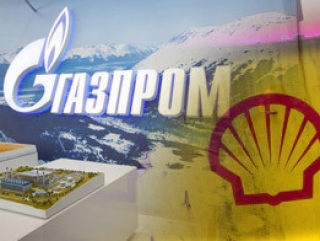 These are two subsidiaries of Gazprom and Shell, which implement the Baltic LNG project.

The Baltic LNG project involves the construction of an LNG plant with a capacity of 10 million tons per year in the port of Ust-Luga in the Leningrad Region.

“The study will assess and select the main technical solutions for Baltic LNG, and the development of a conceptual schedule for the implementation of the project,” the report says.

Part of the research will be the study of the principles of harmonization of Russian and international standards in the field of LNG and an analysis of possible measures to maximize the participation of Russian suppliers in the Baltic LNG project.

On June 3, 2017, in the framework of the St. Petersburg International Economic Forum (SPIEF-2017), Aleksey Miller, Chairman of the Management Committee of Gazprom, and Ben Van Berden, Chief Executive Officer of Royal Dutch Shell Plc, signed the main terms of the joint venture agreement for the Baltic LNG project.

The document outlines the principles for the functioning of the joint venture, which will carry out design, financing, construction and operation of the LNG plant.

Based on these principles, Gazprom and Shell will continue to work on the implementation of the Baltic LNG project.

Gazprom and Shell are jointly participating in the Sakhalin-2 project, which operates the only LNG plant in Russia. In 2016, the plant in Sakhalin produced more than 10.9 million tons of LNG, exceeding the projected capacity by more than 1.3 million tons, the www.vestifinance.ru business portal reported.