Iran, for long, has been using buy-back oil contracts in deals with foreign companies who worked on developing the country’s oil and gas fields. 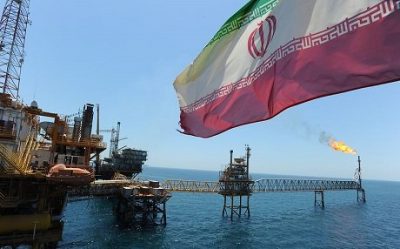 But in recent years, some issues attributed to the buy-back model have made this kind of contracts less attractive to foreign companies, thus, encouraging the oil-rich country to introduce a new model of oil contracts which is claimed to be more flexible and more attractive to the foreign investors.

In November 2015 Iran introduced the new model of oil contracts, known as Integrated Petroleum Contracts. Since then, the IPC has gone through tremendous speculation and revision but still no deals have been signed based on this new model.

There are, however promises that the spell on IPCs is going to be broken in the new fiscal and this new model of oil contracts is going to see the light of day in the year to come.

Although, in the past, buy-back contracts provided a good opportunity for the country to develop oil and gas fields, especially the South Pars gas field which Iran shares with Qatar in the Persian Gulf, but problems like short duration of the contracts, the dependence of the payments to the contractors on capital costs, the poor supervision of the employer on the performance of the contractors and the low flexibility of the contracts made the Iranian government to reconsider further usage of such contracts.

With a vast portion of the country’s oil and gas reserves shared with neighbors, Iran’s oil industry has been strongly focused on developing joint oil and gas fields and exploiting their resources to the maximum possible levels.

After the removal of the West-imposed sanctions, the country’s oil ministry announced that the industry needed at least $185 billion of investment in order to jump back from the sanctions era into its full potential.

The IPC was expected to help attracting the needed funds, offering more flexible terms on oil price fluctuations and investment risks to make the sector more financially attractive to the foreign investors that mostly left the country after 2012 in which the EU agreed to an oil embargo on Iran.

Two months after the unveiling, in January 2016, the Majlis regulatory board approved the new model of oil contracts, saying that there is no problem for it to come into effect.

However, a few months after the approval, the IPC was faced with growing criticism inside the country, particularly among conservatives who said it had given too many advantages to foreign companies.

Shortly after, Zanganeh who had seemingly gained the opponents’ consent, was quoted by Shana news agency that the first tender based on Iran’s new oil and gas investment contracts for international companies will be launched in the summer and will invite bids to develop 10-15 fields.

But seven months passed without any tender being held and finally in January 2017 oil ministry announced a list of 29 pre-qualified international companies which were going to bid for the country’s oil and gas projects based on the new model of contracts in the near future.

Welcoming the New Year with 3 deals