Azerbaijan
-21 min. ago-How much oil does Azerbaijan export through Russia in the third quarter?
1 days ago-Almost 93% of generated electricity in Azerbaijan comes from natural gas
1 days ago-Azerbaijan's foreign exchange reserves have grown to $52.3 bn since the beginning of the year
2 days ago-Qatari companies may participate in renewable energy auctions in Azerbaijan
2 days ago-SOCAR invested $ 16.5 billion in Turkish projects
Iran

Yuri Ushakov senior aide to the Russian President announced that Russia’s oil and gas companies can make huge investment, valued at more than $50 billion, in development of Iranian oil and gas fields. 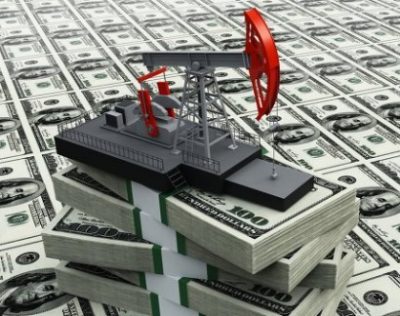 Given the above issue, Russia’s oil and gas giants are able to make huge investment for the development of Iranian oil and gas fields, he reiterated.

Energy is the most promising area for cooperation between Iran and Russia, he said, adding, “for this purpose, Russia’s leading oil and gas companies including Gazprom, Gazprom Oil, Rosneft, Lukoil and Zarubezhneft giants are mulling over the development of Iranian oil and gas fields structurally.”

He put the likely investment of Russian oil firms for the development of Iran’s oil and gas fields at more than $50 billion.

Earlier, news had been published on the signing and sealing a Memorandum of Understanding (MoU) between National Iranian Oil Company (NIOC) and Russia’s leading oil and gas giants including Gazprom, Rosneft, Lukoil and Zarubezhneft.

To conclude his remarks, he said that some of these Russian oil and gas firms have submitted feasibility studies of these fields to the National Iranian Oil Company (NIOC).