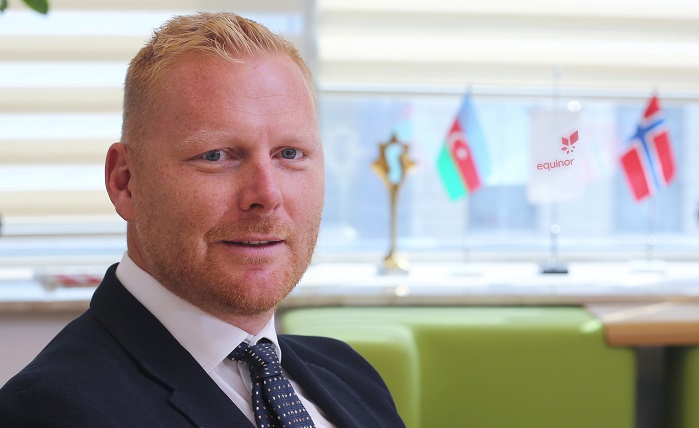 Norwegian energy company Equinor is pleased to announce the appointment of Mr. Stig Åtland (Stig Aatland) as the new Country Manager for Azerbaijan, effective from September 2021. Stig will be based in the Baku office, succeeding Fawad Quraishi, who has been heading Equinor’s business in Azerbaijan since 2017.

Stig Åtland has 15 years of professional work experience in the oil and gas industry. He joined Equinor (formerly Statoil) in 2006 and has since then worked in several engineering and leadership positions.

Prior to his new assignment, Stig served as VP for Global Exploration Drilling, VP for Drilling & Well for “Johan Sverdrup” (the third-largest oil field on the Norwegian continental shelf), VP for Mobile Drilling Units Stavanger, and Head of Equinor’s Mobile Drilling Unit Operations on the Norwegian continental shelf. He currently holds the role of VP Exploration and Production International in Equinor.

“I am delighted to take on this new role as country manager for Azerbaijan, where Equinor has been present for almost three decades and which is one of our largest and longest-standing international commitments. We are proud to be part of ACG and BTC projects from the very beginning. Our collective achievement since 1994 is extraordinary, and we, together with our partners in ACG, have shown a solid commitment to Azerbaijan. Today, we look forward to progressing our partnership with SOCAR and evaluate new opportunities in the Caspian Sea beyond our current position in the Azeri-Chirag-Gunashli field.” said Stig Atland on the occasion of the 27th anniversary of signing the Contract of the Century.

Stig holds a master’s degree in Petroleum Technology (Drilling, Production, and Reservoir) from the Norwegian University of Science and Technology in Trondheim. Stig Åtland is married with three children, and he is a Norwegian citizen. He speaks Norwegian and English.

Equinor has been operating in Azerbaijan since 1992 and is one of the largest foreign investors in the country. Today Equinor has a 7.27% interest in the Azeri-Chirag-Gunashli (ACG) PSA and 8.71% in the Baku-Tbilisi-Ceyhan (BTC) pipeline. In 2018, Equinor and SOCAR signed a Risk Service Agreement related to the appraisal and development of the Karabagh oilfield and a Production Sharing Agreement for the Ashrafi-Dan-Ulduzu-Aypara (ADUA) area in the Azerbaijan sector of the Caspian Sea, where both partners hold equal shares.