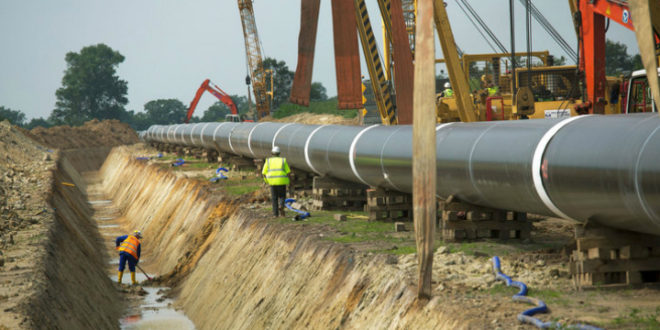 The largest public procurement in the IGB project is close to the end; the estimated value of the tender is set as a total price of EUR 145 million excluding VAT

Today in the office of the project company ICGB AD was held a public meeting for opening of the offers submitted in the procedure for design, procurement and construction (EPC) of the gas interconnector Greece – Bulgaria. The estimated value of the public procurement is set as a total price of EUR 145 million excluding VAT and the deadline for completing the construction is 18 months after the start of the contract.

Over 10 Bulgarian and foreign companies and consortia expressed interest in the public procurement and submitted documents in the first phase of the procedure. The tender is conducted as a restricted procedure, meaning that only five candidates can proceed to the second phase and submit offers. The admitted candidates invited for phase two are as follows:

Two of the candidates invited for the second phase of the tender submitted offers within the deadline specified by the Contracting Entity – DZZD “IGB-2018” and J&P – AVAX S.A.

The next steps include review and evaluation of the technical proposals, technical assessment in accordance with the indicators of the methodology and opening of the price proposals.

ICGB plans to complete the selection process in May, securing the start of the construction works in June. “The project company and its shareholders have mobilized all the resources to comply with the schedule for starting construction, relying on the high quality of the technical proposals of the participants and their professionalism”, said the Executive Officers of the company Teodora Georgieva and Konstantinos Karayannakos.

DZZD “IGB-2018” and J&P – AVAX S.A. are both participants of international scale with proven quality and a high level of work that ensures a good competitive environment and the selection of the most economically advantageous tender for the project.