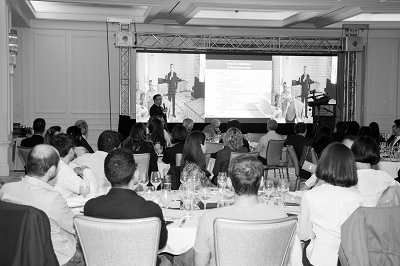 Recently, the latest meeting of the Caspian Chapter of the International Association of Drilling Contractors (IADC) was held in Baku. 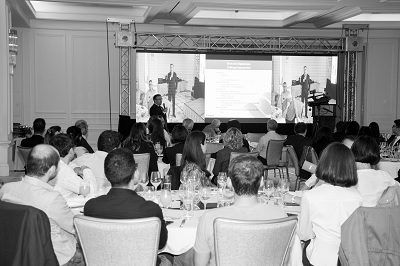 Presentations and a Panel discussion on the topic of “Application of digital technologies in the oil and gas industry” were held. Representatives of well-known local and international companies working in various fields of industry were invited to the discussion.

Opening the ceremony, Graham Clark, the Chairman of IADC’s Caspian Chapter, Drilling Manager at SOCAR AQS, reported the Chapter Membership status. G. Clark noted that since the day of its creation, the Chapter pays particular attention to the development of cooperation between the oil and gas industry players and higher education institutions. He also noted the exceptional growth of the Chapter from 10 initial members to 30 in less than a year. The report also outlined the Action Plan for the first quarter of 2019.

Later, Ramin Isayev, General Director of SOCAR AQS, delivered a presentation on the “Application of digital technologies in the oil and gas industry” and spoke about the necessity of applying technological innovations.

Speaking about the extensive scientific and technical investigations in the oil and gas industry, R. Isayev spoke about the need to reestablish the lead role the industry formerly had in the 1980’s and 90’s in digitalization and automation, quoting examples such as  rotary steerable drilling, the 3D seismic, and  DP3 vessel positioning.

“According to the World Economic Forum / Accenture 2017 report, collecting and analyzing a Big data bank, IOT and creating new generation mobile devices will require large-scale investments over the next 3-5 years, including the most foreground areas. However, transition to digital technologies in the oil and gas industry will mainly be observed in optimization of operations, intelligent management of technical services and consumers’ choice of energy sources. Implementing digital technologies in these areas will give you a more simple, secure and efficient organization of your work!” – said R. Isayev.

During the next presentation, BP Azerbaijan talked about digital technologies used in the company to optimize the drilling process. They highlighted in particularly their enhance data gathering, analysis, and presentation tools and their use of drone technology.

A presentation by MWWirth followed, showing how enhanced data management could actually simplify the drilling process.

Finally, Mrs. Kenzo Lahlow, the employee of eDrilling Norway, spoke about software support for the drilling process optimization. Mrs. K. Lahlow noted that the transition to digital technologies minimizes the chance of errors due to human error and helps drive down non-productive time.

At the end, an interesting Q&A session was held between the audience and the speakers. The IADC, headquartered in Houston, USA, is a non-profit organization that unites around 1,600 member organizations around the world dealing with oil and gas exploration, well construction, exploitation, and production of oilfield equipment and related services.

The IADC is regularly supporting partners in applying standards ensuring safe and efficient drilling for over 70 years.