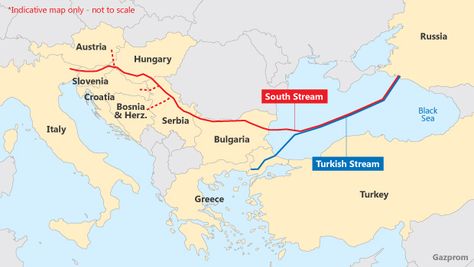 Gazprom increases the investment estimate for construction of the Turkish Stream gas pipeline to $7 bln, Deputy CEO of the Russian holding Andrei Kruglov said on Thursday.

“We tentatively said that the cost can be $6 bln but now we estimates it about $7 bln. We also do not rule out project financing but considering the existing reality, the Turkish Stream will be funded from the Gazprom budget initially. It will be refinanced then through an issue of project bonds, as it took place with the Nord Stream. The issue was successfully offered in December,” Kruglov said.

Gazprom received a permit from the Turkish authorities to build the second line of the gas pipeline offshore segment to Turkey. Investments of the Russian gas holding into the pipeline construction are planned to be 182.4 bln rubles ($3.1 bln) in 2018.