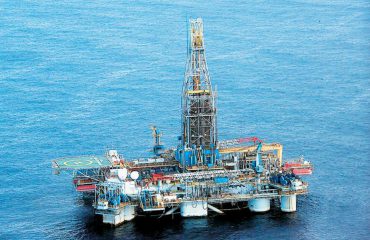 US giant ExxonMobil with Qatar Petroleum on Wednesday signed a licence to explore for oil and gas off the coast of Cyprus, and they expect to start drilling next year 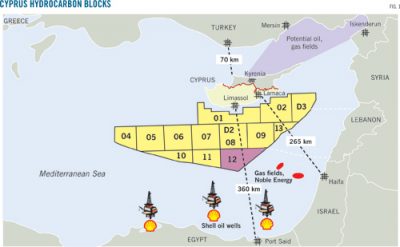 The venture was selected as part of the island’s third licensing round to explore block 10.

Cyprus Energy Minister George Lakkotrypis described as “immense” the firms’ presence in his country’s exclusive economic zone (EEZ) and, for the first time, in the eastern Mediterranean.

“One of our primary goals during the third licensing round was to advance the exploration of our EEZ” aimed at discovering hydrocarbon reserves, he said at the signing ceremony.

“This is precisely what we have achieved.”

The minister said a total of 12 exploration wells would be drilled in the newly licenced blocks: 6, 8 and 10.

Exploration and production sharing contracts are to be signed on Thursday by Italy’s ENI and France’s Total for block 6, and by ENI for block 8.

Cyprus would receive a total of 103.5 million euros ($110.5 million) in signature bonuses from the contracts, said Lakkotrypis.

ExxonMobil and Qatar Petroleum said they had begun planning for drilling operations and intend to drill a first exploration well in 2018.

“We look forward to working with the government of Cyprus to evaluate and realise the country’s hydrocarbon potential,” said Andrew Swiger, senior vice president of ExxonMobil Corporation.

The blocks on offer are close to where ENI made a huge find in Egypt’s offshore “Zohr” field that could hold 30 trillion cubic feet of gas.

The field sits adjacent to a Cyprus block licenced to Total.

The record Zhor find has raised hopes that there is more untapped wealth to be found off Cyprus.

US firm Noble Energy made the first find off the island’s southeast coast in 2011 in the Aphrodite field (block 12), which is estimated to contain around 127.4 billion cubic metres (4.54 trillion cubic feet) of gas.

Israeli firms Delek and Avner have a 30 percent stake in the venture.

Noble has handed over a 35 percent share to the Britain’s BG International.

Block 12 has been declared commercially viable but an action plan on the next steps has yet to be finalised.

Italian-South Korean venture ENI-Kogas has so far failed to discover any exploitable gas reserves in deep-sea drilling off the island.

ENI has the right to exploit blocks 2, 3 and 9 in Cyprus’ exclusive economic zone that borders Egypt’s gas fields.

ENI and Total, which have an equal share in block 11, are preparing for exploratory drilling off Cyprus’ southern shore sometime this year in these blocks.

It had planned to build a liquefied natural gas plant that would allow exports by ship to Asia and Europe, but the reserves confirmed so far are insufficient to make that feasible.

Cyprus and energy-starved Egypt are looking into the possibility of transferring gas from the Aphrodite field to Egypt via an undersea pipeline. Cyprus hopes to begin exporting gas, and maybe oil, by 2022.