Deputy Head of the National Iranian Oil Company (NIOC) for Engineering and Development Affairs Gholamreza Manouchehri says his company is in talks with several upstream companies for the development of 22 oil and gas fields in Iran. 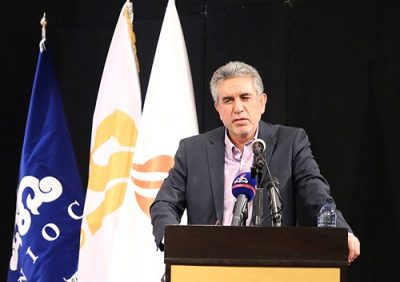 Addressing a ceremony to sign a contract to develop Aban and West-Paydar oilfields by NIOC and a consortium of Russia’s Zarubezhneft and Dana Energy here in Tehran on Wednesday, the official outlined NIOC’s ongoing talks with dozens of companies for developing Iranian oil and gas fields.

He said talks are under way for signing of contracts aimed at developing such fields as Yaran, Sepehr, Jofeir, Mansouri, Azar, Ab Teymour, Changouleh, Dehloran, Maroon (Bangestan) and Koupal.

“Among the fields, talks for developing Yaran, Mansouri, Sepehr and Jofeir fields are finalized,” the official said.

Furthermore, contract negotiations for Yadavaran oilfield have started and those of Azadegan field are on the agenda, he added.

Deputy Head of Engineering and Development at NIOC added: “We are negotiating with India for the development of Farzad B field, and a contract for developing Balal field will soon be signed with a local company; completion of the development of Foruzan field is also on NIOC agenda.”

Manouchehri said talks with other Russian companies including Gazprom Oil and Rosneft are on the go, and “we hope that the negotiations will soon reach fruition.”

“Considering that about 30 EPC contracts are also on the agenda of NIOC for the purpose of implementing oil recovery and production projects, we predict that the [calendar] year of 97 will be a busy year for the oil industry, especially in the second half of the year.”