Climate change is critical to future energy markets but its effect on Chevron Corp.’s oil and gas business will be minimal for decades to come, according to a company report. 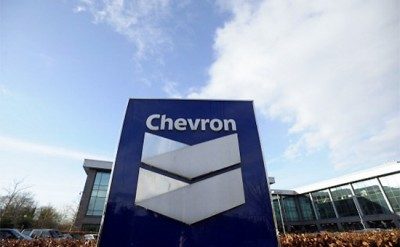 With the prospect of tighter emission controls, carbon pricing and growth in renewable energy, some investors and activists are pushing companies to reveal the potential impact on their businesses. The risk for shareholders is that some projects become loss-making as the demand for oil and gas ebbs.

Exxon Mobil Corp. and Royal Dutch Shell Plc have produced similar reports. Among other findings, Chevron said oil and gas will comprise 48 percent of the world’s energy mix by 2040, even under the International Energy Agency’s most unfavorable scenario for the industry. Now it’s 54 percent.

“Multiple scenarios” each throw up the same result: Demand for oil and gas will remain strong for decades, said  Mark Nelson, Chevron’s vice president for midstream, strategy and policy said in an interview.

The report, released on Thursday, “gives us confidence that we’re testing our business in a way that’s appropriate for our shareholders,given the context of many things that can change over time,” Nelson said. The San Ramon, California-based company said it continually assesses the risks that environmental and carbon-pricing policies pose to its business model and has concluded there’s little threat at the present time.

World energy demand will grow strongly under all scenarios, Chevron said. The company sees the risk of it having so-called stranded assets, or uneconomic resources, as “very slim” due to the quality and diversity of its assets, Nelson said.

The report is published just a month after Mike Wirth succeeded John Watson as chief executive officer. It follows a study published a year ago that Amy Myers Jaffe, an academic at the Council of Foreign Relations, said lacked the detail provided by some other companies.

Investors Hermes EOS and Wespath Investment Management withdrew a proposal at Chevron’s annual meeting this year requesting an annual assessment of climate change impacts to give the company more time to come up with a fresh disclosure policy. Chevron’s youngest director questioned the future of an industry the world’s third-largest oil explorer helps lead in a tweet earlier this week.

Nelson said the fact that a board-member was asking such a question shows Chevron’s commitment to challenging its own modeling. “Those types of scenarios need to be tested as we look at our investments going forward,” he said.