The work on the implementation of the Shah Deniz-2 project, operated by BP, is almost complete. This statement was made by BP-Azerbaijan President Gary Jones yesterday at a meeting with the Minister of Energy of Azerbaijan Parviz Shahbazov. 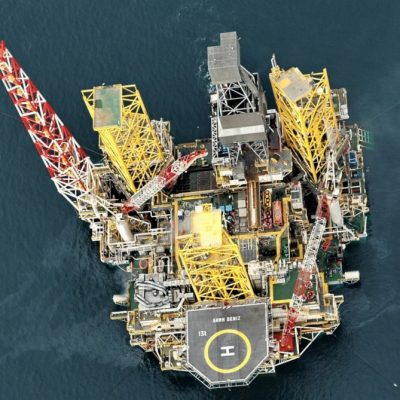 According to him, we are talking about the second phase of development of the Shah Deniz field and the expansion of the South Caucasus pipeline.

“These two projects and the first phase of work on the Trans-Anatolian Pipeline (TANAP) make it possible to plan the delivery of the first gas in mid-2018,” Jones said. Jones also expressed interest in the fourth ministerial meeting within the Southern Gas Corridor Advisory Council, which will be held on February 15.

In turn, Parviz Shahbazov, talking about the preparations for the meeting, noted that the process of implementing the project South Gas Corridor is entering a crucial stage.

According to him, the upcoming meeting is important from the point of view of analyzing the work done and determining the subsequent goals.

It should be noted that tests started in January on the section of the TANAP gas pipeline from the Georgian-Turkish border to the settlement Eskishehir, a length of 1,350 km. Test works also continue in the Sangachal gas terminal, Georgian gas compressor stations and new pipelines on the territory of Azerbaijan and Georgia.