As a result of 2016, revenues to the state budget of Azerbaijan from the oil sector amounted to 9 billion 225.1 million manats or 52.7% of all revenues. 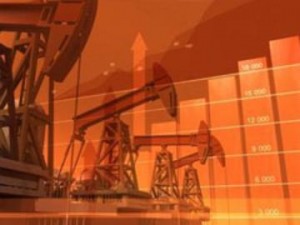 Such conclusions could be drawn from the speech of the Deputy Minister of Finance of Azerbaijan Azer Bayramov at the hearings of the parliamentary committee on economic policy, where the bill on the execution of the state budget of 2016 was discussed.

In his introduction, the Deputy Minister did not speak about the role of oil in the Azerbaijani economy, as if the oil era had long passed into the era of “economic history” and the locomotive of the Azerbaijani economy is tomatoes, or cucumbers or cotton (for information: in January-April 2017, 88% of the country’s total exports were oil revenues, gas and oil products). However, if we take into account the indirect elements of the oil and gas industry in the state budget revenues (for example, the construction in the framework of oil and gas projects and the companies involved in these projects, for which they pay large taxes, are considered as non-oil sector), the role of the oil sector will reach 65-70% .

The Azerbaijani parliament will discuss the law on the execution of the state budget for 2016 at the plenary session on May 31.