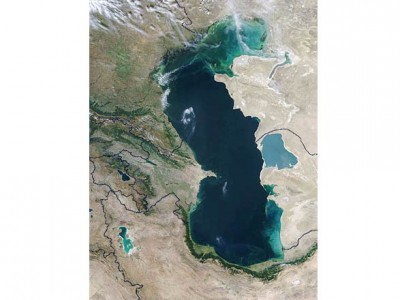 The ad hoc working group, tasked to develop a convention on the Caspian Sea’s legal status, plans to hold its next meeting in late January, a diplomatic source told Trend Jan. 6.

The agenda of the working group includes continuation of discussions on the still uncoordinated issues regarding the draft convention, the source said.

The meeting is planned to be held in Ashgabat, Turkmenistan.

Preparation for the next session of foreign ministers of the Caspian littoral states will also be discussed during the meeting, along with the legal status of the Caspian Sea.

He said that negotiations on the remaining issues continue.

“We plan to summarize all the work in order to finally agree on a draft convention on the Caspian Sea’s legal status for the heads of state to sign it,” Khalafov said.

The Caspian littoral states – Azerbaijan, Kazakhstan, Russia, Turkmenistan and Iran –signed a Framework Convention for the Protection of the Marine Environment of the Caspian Sea in November 2003.

Russia and Kazakhstan signed an agreement on the delimitation of the northern part of the Caspian Sea in order to exercise sovereign rights for subsoil use in July 1998. The two countries signed a protocol to the agreement in May 2002.

Kazakhstan and Azerbaijan signed an agreement on the delimitation of the Caspian Sea and a protocol to it on Nov. 29, 2001 and Feb. 27, 2003, respectively.

Kazakhstan, Azerbaijan and Russia signed an agreement on the delimitation of adjacent sections of the Caspian Sea on May 14, 2003.