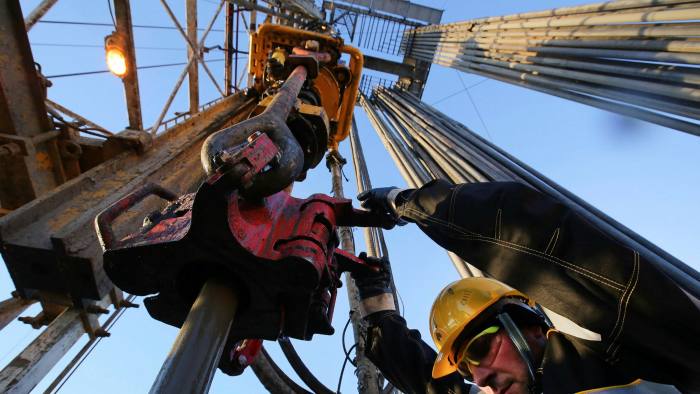 Russia’s Kremlin-controlled oil company has warned that BP and Royal Dutch Shell are creating an “existential crisis” for oil supplies that will lead to higher prices, attacking their shift towards renewables when demand is still growing.
Didier Casimiro, one of the top executives at Russia’s state-backed Rosneft, said national oil companies would take a greater share of the market if energy majors cut investments as supply shortages were almost inevitable should demand return to pre-pandemic levels. “I think that to go away from your core business, which is what they are doing, somebody will need to step in . . . somebody will need to take that responsibility,” Mr Casimiro told the Financial Times Commodities Global Summit.

“It is an existential threat for supply. It is an existential threat for price volatility . . . we will have a [supply] crunch, price volatility, and yes higher prices.” His comments illustrate a growing divide between state-backed oil companies and the energy majors that have helped shape the modern oil industry, as European operations such as BP, Shell, France’s Total and Italy’s Eni pledge to redirect investments towards renewables.

BP, which holds a 20 per cent stake in Rosneft as a legacy of its investments in Russia, has said it will produce less oil and gas in the future and only invest in the highest returning projects under the leadership of chief executive Bernard Looney.
The company and its peers have faced pressure from investors, activists and the wider public to reduce their contribution to climate change and to invest in wind, solar and hydrogen projects. But the move has not been universally embraced, with BP’s share price hitting a 25-year low last Thursday to 232.40p.
It was trading at 234p on Monday afternoon in London. The decline has not been unique to BP. Other oil companies, including US majors largely sticking with oil and gas, have also suffered share price declines because of the widespread uncertainty about the future of the energy market.  Analysts say state-backed oil companies such as Rosneft, which pumps about 6 per cent of global crude supplies, could stand to benefit if European energy majors back away from marginal oil and gas projects.
But they may face a graver longer-term threat should oil demand peak in the coming years, with hydrocarbon revenues key to the financial health of countries such as Russia, Saudi Arabia and Nigeria.
De La Rey Venter, Shell’s head of Integrated Gas Ventures, said there was little doubt “demand for oil products will eventually decline” but conceded there was significant doubt around timing.
“Whether it is this decade or next is anybody’s guess,” Mr Venter told the FT conference. The energy majors’ shift away from oil has coincided with prices falling sharply as coronavirus has crimped demand. Some analysts have warned the pandemic may have brought forward a plateau in oil consumption, if people fly and travel less. But a significant part of the industry still believes oil demand will return to expansion once the pandemic is under control, storing up problems if investments in new supplies remain depressed.
The 100m barrel a day pre-pandemic oil market required 3m-5m b/d of new supplies to be found each year just to keep up with depletion at existing fields.

Mr Casimiro, who was sanctioned by the US earlier this year as part of penalties targeting Rosneft’s trade with Venezuela, said the fall in prices was restricting production in the US, though he said it may start to recover if crude gets back to $50 a barrel from $40 today.
“The question is to what extent they can regain the market share that was previously there?” Mr Casimiro said. But Fatih Birol, head of the International Energy Agency, cautioned, however, that oil-dependent countries must concentrate on diversifying their economies as the risk of a peak in demand was very real.
“It has never been so urgent as it is today,” Mr Birol said. “There will be no oil or gas country that is not affected by the clean energy transition.”