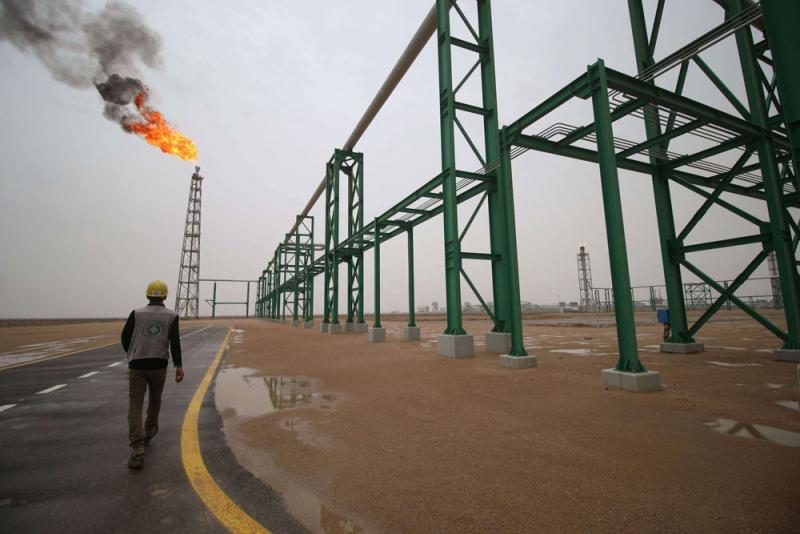 The nominal production capacity of the newly opened phases 13, 22, 23 and 24 is 113 million cubic meters per day (mcm/d), but currently they are producing about half of that. The processing units of these phases are also operating at half capacity most probably due to Iran’s technical limitations compounded by sanctions.

Phase 13 is projected to produce 56 mcm of natural gas and 75,000 barrels of gas condensate (ultra-light oil) per day, when it becomes fully operational. The capacity of phases 22-24 are together equal to phase 13. The Oil Ministry said all phases will be operating at full capacity within one year.

According to Oil Ministry’s statement, some $10 billion were invested in the mentioned four phases, but ministry officials put the figure at $11 billion during the inauguration ceremony, which President Hassan Rouhani attended.

Recently, Iranian Oil Minister Bijan Zanganeh said that Iran’s total gas production stood at 800 mcm/d on average during the first 10 months of current fiscal year, which started March 21, 2018. He said the volume is 100 mcm/d higher than the same period in the previous fiscal year.

However, during the inauguration ceremony, Zanganeh claimed an even higher number, insisting that 841 mcm/d was produced during those 10 months.

Wood Mackenzie, an energy research and consultancy group, told Radio Farda that Iran’s gas production was maximum 635 mcm/d in 2018, based on their estimates.

According to a recent report from Iranian’s Parliamentary Research Center, the country’s housing, industrial, and electricity generation sectors is projected to consume 570 mcm/d. Regarding Iran’s 50-54 mcm/d exports to Turkey and Iraq, it seems the country’s total production level is about 625-635 mcm/d.

On the other hand, during the current fiscal year, Iran only operated one platform in phase 14 of the South Pars filed with 14 mcm/d capacity, so it is not clear how the country’s gas production could reach 841 mcm/d.

Iran’s gas flaring and gas re-injection on oil fields (to maintain oil production levels) stands at about 125 mcm/d, but even if we add these volumes to the total, the production level is still far from Zanganeh’s figures.

French Total with a 50.1 percent stake, Chinese CNPC with 30 percent, and Iranian Petropars with a 19 percent share, signed a $4.8 billion contract with the National Iranian Oil Company in 2017 to develop phase 11 to produce 56 mcm/d of gas in three years. But after the withdrawal of the United States from the 2015 nuclear deal with Iran in last May, Total left the project and transferred its stakes to CNPC.

However, Reuters reported in December 2018 that the Chinese company also suspended investment in the project in response to U.S. pressure and to minimize tensions amid trade talks between Beijing and Washington.

Iran shares the South Pars oil field with Qatar, where the field is called North Dome. Iran owns one third of the reserves. The Iranian side, with 13 trillion cubic meters of gas reserves have been divided into 24 phases, of which 17 phases have been completed.

Dalga Khatinoglu is an energy analyst from Azerbaijan who contributes to Radio Farda.