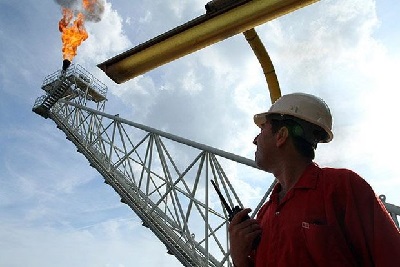 Addressing a ceremony to launch two petrochemical projects and a utility project in Asaluyeh, southern Iran, the official said Iran’s ethane production capacity will reach 12.75 million tons by the end of the next Iranian calendar year to March 20 2020.

Over the course of the past 5 years, since 2013, the year President Hassan Rouhani took office, 15 major petrochemical projects have come on-stream, the official said.

He referred to Ilam, Lorestan, Sulfuric acid unit of Urmia, Mahabad, Ammonia and Urea Production Unit of Shiraz, Kurdistan Petrochemical Plant, Karoon, PBR and SBR (Takht Jamshid) units as the projects that have come online since 2013, saying based on the 2011 prices, the value of the items produced by these facilities top $3.5 billion.

The official said that an investment of $1.85 billion had been made for construction of Phase III of Pardis Petrochemical Plant, Marjan Methanol Unit and Phase I of Damavand Petrochemical Utility Complex.

Mr. Zanganeh further said that the value of the items produced at Pardis and Marjan plants stood at $834 million annually.

He further touched on the increased production and exports of petrochemicals in Asaluyeh since 2013, saying Morvarid, Kavian, Entekhab and Takht Jamshid Pars Polystyrene Plants have come on-stream since the year.

The Iranian Minister of Petroleum said the facilities supply 2 mt/y of output and the value of the items produced by them crosses $4.359 billion dollars annually based on 2011 prices.

Iranian Minister of Petroleum Bijan Zanganeh said Persian Gulf Bidboland Gas Refinery is one the agenda of the Iranian Ministry of Petroleum for production of ethane, adding the plant is to be fed by 2 billion cubic feet of gas from Khuzestan and will come on-stream by mind-2019.

Parsian Ethane Recovery Unit, NGL 3200 in the West Karoon area, NGL 3100 in Ilam and Khark NGL units are other ethane production projects which are under construction and will come online in the coming months, the official added.

Mr. Zanganeh said that Siraf Condensate Refining Project is in need of financing to be constructed, adding the project, with 480,000 barrels/day of gas condensates refining capacity, will consume all the country’s gas condensate output and would leave no cargoes for export.

“We are optimistic to launch the projects by tapping the National Development Fund of Iran by the end of the Rouhani Administration,” he said.

He also said that two buyback deals had been signed for gathering 22 million cubic meters per day of associated gases and preventing their flaring in Khuzestan, southwestern Iran, by 2021.

Persian Gulf Petrochemical Industries Company (PGPIC) and Maroon Petrochemical Company has signed the deal with National Iranian South Oil Company (NISOC) to construct facilities for gathering associated gases in a period of 2.5 years. The collected gas will be consumed by petrochemical units as feedstock.