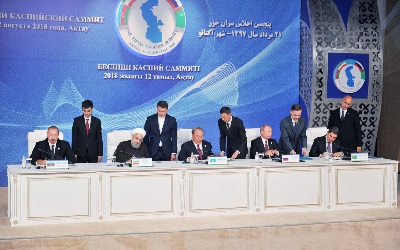 The VI Summit of the heads of the Caspian States is scheduled to be held in Turkmenistan. 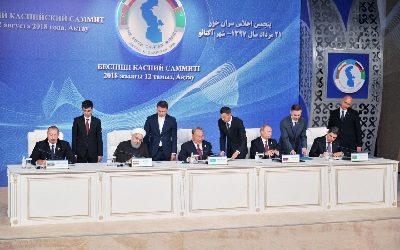 This is stated in the document adopted following the results of today’s meeting of the leaders of the Caspian countries in Kazakhstan’s Aktau, the News agency ORIENT reports.

As President Berdymuhamedov noted, today the importance of the Caspian sea goes far beyond its geographical location and therefore the Caspian States have a vast field for cooperation, both in the near and long term. Speaking about the urgent tasks that require further cooperation of the Caspian countries, the Turkmen leader highlighted the improvement of the work of the already established five-party intergovernmental bodies.

Berdymuhamedov also emphasized the need to develop an Agreement on scientific research in the Caspian Sea, which will allow to collect objective and comprehensive data on the impact of man on the Caspian ecosystem during economic activity. Further work is necessary in the formation of mechanisms for responding to emergency situations, the Turkmen leader said. Progress in addressing these and other issues is likely to be considered at the next, VI Summit of the heads of the Caspian States on the Turkmen sea coast.