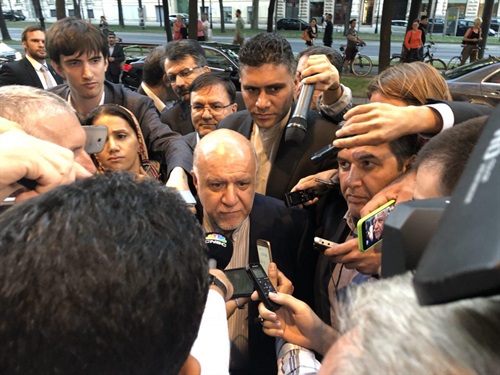 Iranian Minister of Petroleum Bijan Zangeneh says there is no necessity for ramping up the crude output of the Organization of Oil Exporting Countries (OPEC).

Speaking in Vienna on Tuesday, the official said: “I would not second any production increase because we are not experiencing any imbalance in the market. We were not supposed to discuss this matter in this meeting; it would mean green light to US actions.”

Zangeneh also added: “If OPEC members supply a million barrels to the market, there would be no problem and no production increase would be needed. Of course, I am not talking about non-OPEC producers. I am talking about OPEC and its decisions.”