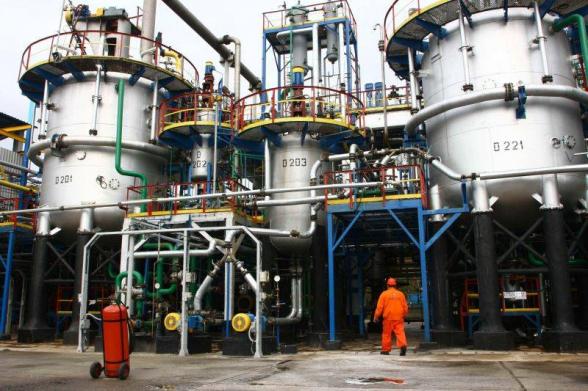 The Chairman of the Management Board of KazMunayGas (KMG), the National Gas and Petroleum Company of Kazakhstan and the sole shareholder of KMG International, Sauat Mynbayev, met with Mr. Anton Anton, the Minister of Energy, in Bucharest on Tuesday, a press release sent to ACTMedia informs.

During the meeting, the KMG Chairman presented Rompetrol’s financial performances obtained in Romania following the historical production records and the company’s plans to consolidate its position both locally and regionally.

In this context, the two also discussed ways to synchronise Rompetrol Group’s regional development efforts with Romania’s plans to become an energetic hub in the region.

“Romania and the Romanians are our partners in turning Petromidia in the most modern refinery in the South-Eastern Europe and we will not stop here.

We will continue to invest in the Romanian energetic sector, will continue to be one of the largest producers and exporters in the country, to work to improve the most important social sectors of Romania and also to retain valuable people in the country. All these because we wish to look back in pride and satisfaction.

We’ve been building together for over a decade and we look to our future together with responsibility and optimism”, says Sauat Mynbayev.

During the discussions with the Ministry of Energy officials, KMG firmly committed to fulfilling all the obligations taken under the Memorandum of Understanding signed with the Romanian Government. One of the most important provisions of the said Memorandum refers to the establishment of the mixed Romanian-Kazak investment fund for a 7-year investment period and an estimate USD 1 billion in investments.

KMGI has already identified at least two major projects that can be developed in the near future and will positively impact Romania’s economy by directly creating approximately two thousand jobs. This refers to the extension of the filling station network on the local market and a cogeneration plant on the Petromidia platform.

KazMunayGas (KMG) is the sole shareholder of KMG International (the former Rompetrol Group). KMG International (KMGI) is a petroleum group which owns and carries out major operations in refining, petrochemicals, retail and trading in 11 main markets.

KMG’s investment in KMGI amounts to USD more than 4 billion USD, the amount which includs the amount for the transaction.

The Rompetrol Group is one of the largest contributors to Romania’s state budget and among the country’s main exporters, having over 5,000 employees at internal level. In 2017, the Group’s contribution to the state budget amounted to over USD 1.37 billion, while the total level for 2007-2017 amounted to approximately USD 15 billion.

In 2017 KMGI reached a total of 6,2 mil tons raw materials processed in its Romanian production units – Petromidia and Vega refineries, as well as in the petrochemicals division. Petromidia N?vodari is the biggest refinery in Romania and one of the most modern and complex unit in the region.

The main shareholders of Rompetrol Rafinare (the operator of  Petromidia and Vega refineries, as well of the petrochemicals division) are KMG International (54.63% – direct and indirect shareholding) and the Romanian Government through the Ministry of Energy (44.69%).

On a European level, the Rompetrol Group holds over 1,100 filling stations in Romania, France, Spain, Republic of Moldova, Georgia, Bulgaria and Ukraine, operating under the Rompetrol and Dyneff brands.

KMG preserves Romania’s basic energetic reserves by Kazakhstan supplying approximately 80% of its crude oil imports, accounting for 40% of the crude oil supply requirements of all refineries in Romania.