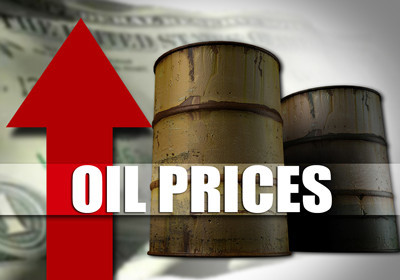 Oil prices retreated below multi-year highs hit early in the day on Tuesday, supported by concerns that U.S. sanctions on Iran that are likely to restrict crude oil exports from one of the biggest producers in the Middle East. 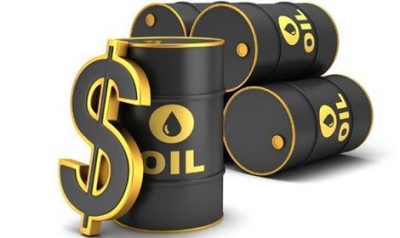 Prices remained capped a stronger dollar and by concerns that China’s economic growth may be slowing after the major oil consumer reported weaker-than-expected monthly data. Brent crude oil LCOc1 reached an intraday peak of $79.47 a barrel, up $1.24 and its highest since November 2014, before retreating to $78.37, up 14 cents by 10:45 a.m. EDT [1645 GMT].

U.S. light crude CLc1 was 20 cents lower at $70.76 a barrel, also not far off its highest since November 2014. “You had a series of weak economic data points overnight,” said John Kilduff, a partner at Again Capital Management in New York.

China reported weaker-than-expected investment and retail sales in April and a drop in home sales, clouding its economic outlook even as policymakers try to navigate debt risks and defuse a heated trade dispute with the United States.

The data poses worries that near-record high refinery runs may be short-lived. China’s refinery runs rose nearly 12 percent in April from a year earlier, to around 12.06 million barrels per day, marking the second-highest level on record on a daily basis, data showed.

Additionally, the market retreated as the U.S. dollar .DXY strengthened against other currencies to the highest since December. As the dollar strengthens, investors can retreat from dollar-denominated commodities like oil. [USD/]

Despite these downward forces, the market retains support from OPEC and other producers’ production cuts and U.S. sanctions on Iran.

World oil prices have surged by more than 70 percent over the last year as demand has risen sharply while production has been restricted by the Organization of the Petroleum Exporting Countries, led by Saudi Arabia, and other producers, including Russia.

The United States has announced it will impose sanctions on Iran over its nuclear program, raising fears that markets will face shortages later this year when trade restrictions take effect. The tightening market has all but eliminated a global supply overhang that depressed crude prices between late 2014 and early 2017.

OPEC figures published on Monday showed oil inventories in OECD industrialized nations in March fell to 9 million barrels above the five-year average, from 340 million barrels above the average in January 2017. U.S. crude is trading at a hefty discount to Brent, the international marker, thanks to sharp rises in U.S. production to 10.7 million bpd, which has left the American domestic oil market well supplied.

U.S. shale oil production is expected to rise by about 145,000 bpd to a record 7.18 million bpd in June, the U.S. Energy Information Administration said on Monday.