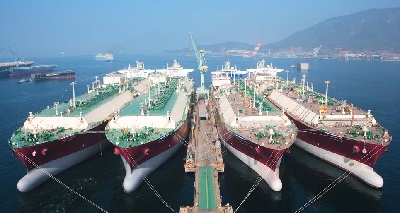 06/04/2018
Author: Ilham Shaban
Views: 76
The start of spring has heralded the return of liquefied natural gas to the U.K. 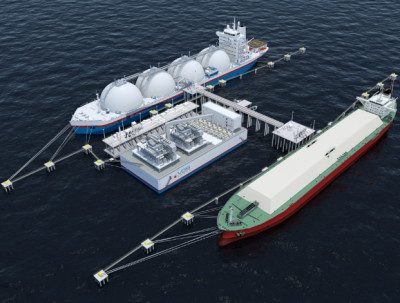 As seasonal demand wanes in Asia, the key buying region for the fuel, cargoes from countries including Qatar and Russia have started arriving on British shores. In total 11 ships will unload from March 7 through Sunday, versus just seven in the four months through February.
Recent imports included the inaugural cargo from the second U.S. facility to export shale gas. The Cove Point facility in Maryland is almost a third closer to Britain than Sabine Pass on the Gulf Coast, cutting transport costs.

“We see Asia as still marginally more attractive for U.S. volumes from the Gulf Coast, but the economics change if the supply point is nearer,” said John Twomey, a Bloomberg analyst for European power and gas in London. “With the shorter journey distance, I guess Europe could make sense as a destination.”

Asian LNG purchases boomed over the past winter as China imported record volumes in a drive to make its air cleaner by reducing coal use. That made Britain more reliant on gas imports from Norway and from mainland Europe, most of which is supplied by Russia.

The LNG supplies to the U.K. are certainly varied, including a rare cargo from Egypt, which is gradually resuming exports as domestic production increases. The Maran Gas Apollonia tanker is due to arrive with LNG from Egypt’s Idku plant on Sunday.

Where Does LNG Come From?

Russian cargoes include a cargo from Yamal LNG that was previously transshipped in Montoir, France; U.S. cargoes are one from Sabine Pass, one from Cove Point

The recent boom is the most obvious in the smallest of Britain’s three LNG terminals, Dragon in Wales. It is set to receive three LNG cargoes by the end of this week alone. The last time it got three in a month was back in May 2011.

That is helping meet gas demand as cool weather lingered in Britain at the tail-end of winter. Shipments from Dragon to the U.K. grid reached the highest level since March 21 on Thursday, according to National Grid Plc data.

“It remains unclear whether all vessels will fully discharge or deliver partial cargoes,” Kpler SAS, a Paris-based cargo-tracking company, said in an emailed note. “At the current rate, the terminal will be forced to maintain high send-outs in order to avoid reaching the maximum storage capacity.”