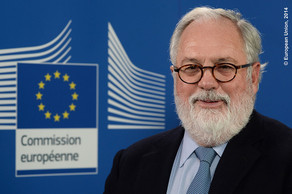 A key major project for our diversification efforts is the Southern Gas Corridor. 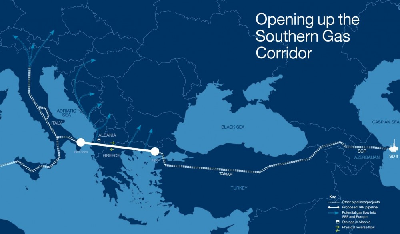 He noted that it remains a major priority to bring gas from the Caspian region directly to Europe: “It is a measure of the success of all involved that the first gas from Azerbaijan will be delivered to Turkey this summer already, and that it should arrive in Europe as of 2020.”

Notably, the Southern Gas Corridor (SGC) is a project to transport the gas, produced in the second phase development of “Shah Deniz” field in the Azerbaijani sector of the Caspian Sea to Europe. Shah Deniz 2 project, South Caucasus Pipeline Expansion, the Trans-Anatolian Pipeline (TANAP) built in Kipoi territory on Turkey-Greece border and cross Greece, Albania and the Adriatic Sea before going onshore in southern Italy are key components of Southern Gas Corridor.