Iran has sharply reduced its gasoline imports in recent weeks after starting up a new refinery, trade sources said, bringing the oil-rich country closer to its goal of fuel self-sufficiency. 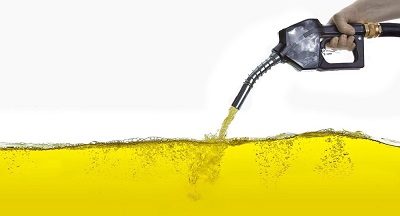 The reduced dependence on imports comes as the future of a landmark 2015 nuclear accord that offered Iran sanctions relief hangs in the balance, with U.S. President Donald Trump threatening to pull out of the deal.

Iran, despite being OPEC’s third-largest crude oil producer, has for years struggled to meet its domestic fuel needs due to a lack of refining capacity and international sanctions that limited the supply of spare parts for plant maintenance.

President Hassan Rouhani has made fuel independence a key objective following the removal of many such trade restrictions, which led to a sharp recovery in Iran’s economy.

That goal moved closer after Iran’s national oil company in recent weeks started the second phase of the Persian Gulf Star Refinery at Bandar Abbas, which converts light crude, known as condensate, into gasoline and naphtha.

Officials at the refinery could not be reached for comment.

The new phase will double the refinery’s capacity to 240,000 barrels per day (bpd), but production has still to be ramped up fully and it might not yet meet its highest fuel-quality specifications, known as Euro IV, trading sources said.

“Iran does seem to have significantly reduced its reliance on imports,” said Robert Campbell, head of oil products at consultancy Energy Aspects.

“All indications are that imports in March are lower. That coincides with the Iranian New Year, which is usually a strong demand period.”

Gasoline imports into Iran are set to drop to around 70,000 tonnes in March, or roughly 20,000 bpd, compared with about 300,000 tonnes in December and 120,000 tonnes in January and February, according to trading sources and shipping data.

Imports of gasoline and its blending components are expected to hit around 35,000 bpd in the first quarter of 2018, down roughly 50 percent from a year earlier, data on observed flows from oil analytics firm Vortexa shows.

The country’s gasoline consumption reached around 520,000 bpd in the year to March, Iranian officials have said.

The fall in Iranian imports has led to a gasoline surplus in the Middle East, traders said, with a rare arbitrage for the motor fuel opening from the region to West Africa.

Sahara, a trading company, has booked a tanker to load 60,000 tonnes of gasoline at Yanbu in Saudi Arabia on March 26 to go to West Africa, shipping data shows. Traders said exports along the route were also observed last month.