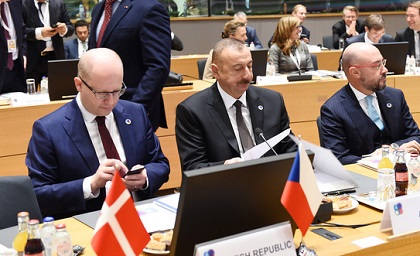 Azerbaijani President Ilham Aliyev believes the gas that will be produced in the country’s fields will significantly change the energy map of the European continent. 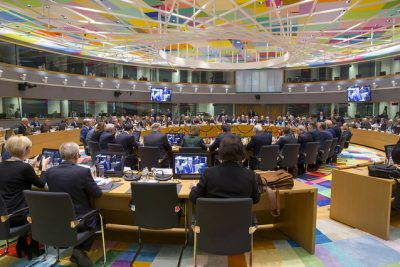 According to the press service of the Azerbaijani leader, Aliyev expressed this opinion, speaking at the plenary session of the Eastern Partnership summit in Brussels.

“The energy policy is one of the issues on which we actively cooperate with European institutions. The Southern Gas Corridor energy project is developing successfully, and it will allow us to extract additional volumes of gas and deliver them from Azerbaijan to European markets,” Aliyev said.

“The 3,500-kilometer pipeline will become a new route and will transport gas from the new source to European markets. Along with energy security policy, this is a policy of energy diversification, because gas to be produced in Azerbaijani fields will be the only new source of natural gas for Europe and, of course, significantly change the energy map of the European continent,” the Azerbaijani President believes.

He recalled that the confirmed gas reserves of Azerbaijan are 2.6 trillion cubic meters, and this will be enough to supply natural gas to Europe for decades.