In the next five years, gas demand will grow by 1.6% per year – faster than other hydrocarbons. The production will grow at the same speed, the new report of the International Energy Agency (IEA). 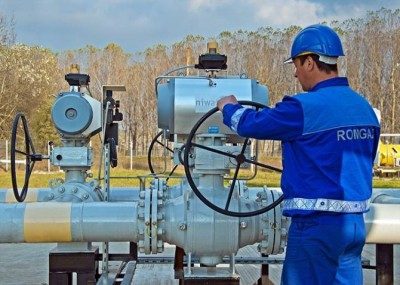 The reason for this will be low prices, large reserves of raw materials, and the role of gas as a more environmentally friendly fuel that reduces air pollution.

Almost 90% of the expected growth in demand will occur in developing economies, and primarily in China (40%), in OECD countries, demand will grow slowly.

The main driver will be the industry, which will provide half of the overall growth in demand.

The expansion of gas use in the chemical sector, the high demand for fertilizers in India and Indonesia, as well as the replacement of coal by coal in small-scale production in China, will increase the industrial demand for gas by almost 3% per year.

Demand for power generation will continue to grow, albeit at a more moderate rate – less than 1% per year.

IEA expects that gas production will grow at the same 1.6% per year. Almost 40% of the growth will come from the largest producer, the United States, with an annual growth of 2.9%.

By 2022, the United States will produce about 890 bcm of gas, or 22% of global production, more than half will be exported in the form of liquefied gas (LNG). In general, LNG production will grow by 160 bcm by 2022, and the leaders of growth will be the USA and Australia, while the Russian Federation will take the sixth place.

Gas production in Russia by 2022 will grow to 685 bcm from 645 bcm in 2016. The increase in production will take place at the expense of Novatek and Rosneft, the report says. Gazprom’s gas production is expected to remain at 410 bcm.