Azerbaijan
-174 min. ago-Deliveries of Azerbaijani Oil to France Decreased by 6 Times in 9 Months of 2020
-168 min. ago-LUKoil Wants to Integrate into New Offshore Projects in Azerbaijan
2 days ago-Processing Volumes in Azerbaijan Slightly Decreased
3 days ago-How Much Azerbaijani Gas Will Be Transported via TANAP in 2021?
1 weeks ago-More Than Half of Exploration Well Drilled in Shafag-Asiman
Iran 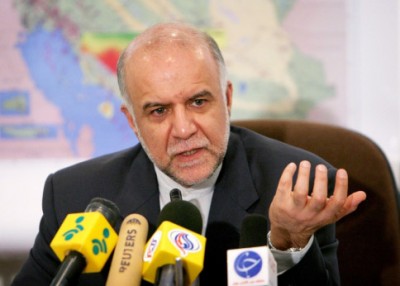 Iran explained further details of a $4.8-billion deal with a consortium, headed by Total. 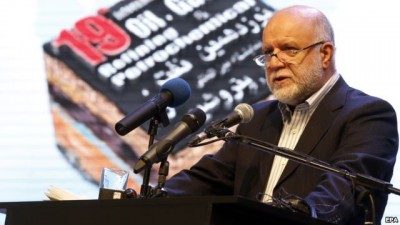 Three days after inviting Iran’s Oil Minister Bijan Namdar Zanganeh to parliament to answer the critic’s questions about the deal, Deputy Head of the National Iranian Oil Company (NIOC) for Engineering and Development Affairs Gholamreza Manouchehri said during a press conference on June 15 in Tehran that the interest rate of Total-lead consortium’s investment is 2.5 percent, while the ratio, offered by National Iranian Investment Fund is 7-8 percent.

“In total, about $1 billion would be paid as tax to Iranian government, based on agreement as well,” he said adding that the period of investment return also is 10 years, which will start after inauguration of the first stage.

The first and second stages of the project would become operational in 40 and 60 months respectively.

The project’s first stage will cost $2.479 billion, Zanganeh said July 12, including the drilling of 30 wells, construction of two 1,500-ton platforms, as well as laying a 250-km underwater pipeline.

The second stage also includes the construction of a 20,000-ton platform and its installation at phase 11 in order to prevent gas output level after falling reservoir pressure in 2023.

He said that the period of investment return of the second stage would also be 10-year after commissioning of heavy platform (2023-2033).

According to the $4.8-billion deal, some 335 bcm of methane, 290 mb/d of gas condensate, 26 million tons of ethane, propane and butane, as well as 2 million tons of sulphur are expected to be produced from phase 11, totalling $84 billion based on $50/barrel oil price, of which 15 percent or $12 billion is expected to be paid to the consortium in 20 years.

Total has a 51-percent share in the project, while the China National Petroleum Corporation (CNPC) and local Petropars Ltd. owns 30 percent and 19.9 percent, respectively.

Manouchehri said that Total should invest $500 million in two years and in case it wants to withdraw from the project due to possible sanctions or other problems, Iran will only pay the invested amount gradually after the project become operational without any interest or profits.