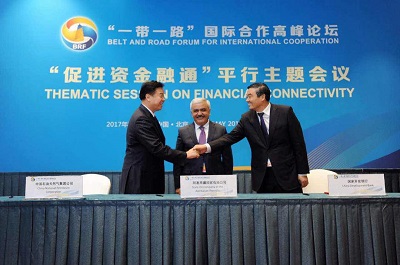 A Memorandum of Understanding has been signed between Azerbaijan and China on the SOCAR GPC project.

The document was signed on May 14 by the President of the State Oil Company of Azerbaijan (SOCAR) Rovnag Abdullayev, the head of the China National Petroleum Corporation (CNPC) Wang Yulin and the Chairman of the China Development Bank (CDB) Hu Huabang.

The signing of the documents took place in the framework of the international forum One Belt – One Way that started in Beijing yesterday.

Recall that the Azerbaijani side wants to attract Chinese investment into the petrochemical industry.

SOCAR GPC (a SOCAR subsidiary) was established to develop, build, finance and operate a new petrochemical and gas processing complex in Garadagh (15 km south of Baku).

The complex is planned to be commissioned in 2022.

The construction of the new gas chemical complex in Azerbaijan is estimated at $ 4 billion.