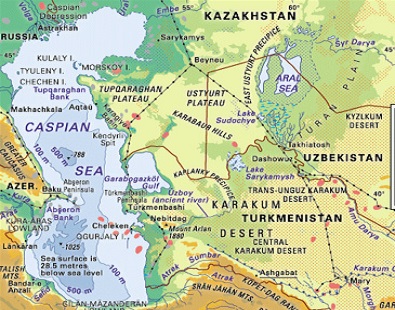 According to the Association of Russian Sea Ports, during the first four months of 2017 the volume of cargo transshipment in the Caspian Sea ports fell by 48.4% to the level of 1.1 million tons. 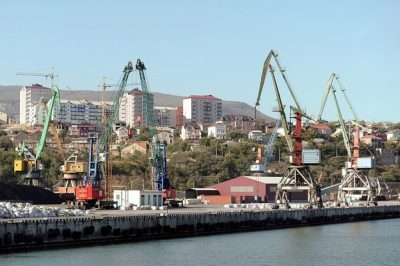 In fact, this situation is described by the word “collapse”; in the total cargo turnover of Russian ports (250.3 million tons) just a fraction of a percent regards the Caspian ports, and the situation is constantly deteriorating. If in general for four months Russian ports showed an increase in cargo turnover by almost 11%, then the ports of the Caspian Sea only accelerated the decline.

The turnover of goods in the Makhachkala Commercial Sea Port fell by 73.7% (to 316.1 thousand tons of cargo). This is due primarily to the fact that over the past couple of years most oilmen left this port – now they are transferring their oil through Baku. The main reason for this is regular oil spills during the passage through the Makhachkala Port and the oil depot Dagnefteprodukt located next to it.

The latter port in general is a classic example of wasting the government money. Its infrastructure was financed with the expectation that Olya (stress on the last syllable) would become one of the key points at the intersection of the international transport corridors North-South and East-West, but in fact all plans to increase freight turnover have remained empty ambitions. However, the same can be said about the Makhachkala port, which in the past decade also received considerable budget investments in its infrastructure.

Meanwhile, Russia’s competitors in the Caspian region are only increasing their port capacity. In particular, the volume of cargo transshipment of Azerbaijan’s seaports for January-March 2017 amounted to 2.729 million tons, which is 26.1% more than the same period last year. In the port of Aktau (Kazakhstan) there is an active expansion of infrastructure, which will allow increasing cargo turnover with Caspian countries up to 25 million tons per year. The Caspian port infrastructure is developing actively in Turkmenistan and Iran.