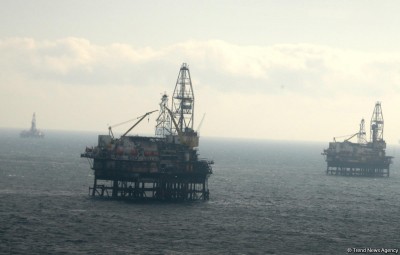 Azerbaijan’s state oil company SOCAR will additionally produce 14,600 tons of oil and 2.55 million cubic meters of gas per year thanks to commissioning of a new well in the Caspian Sea, SOCAR said in a message Oct. 19.

The well was put into operation at the Gunashli offshore field in the Azerbaijani sector of the Caspian Sea.

The Gunashli field plays an important role in Azerbaijan’s oil and gas industry. The field’s shallow part is developed by SOCAR on its own, while its deep-water part is developed jointly with foreign partners.

SOCAR produced 5.06 million tons of oil at Azerbaijani fields, where it works independently without foreign companies’ participation, in January- August 2016 as compared to 5.54 million tons in the same period of 2015.