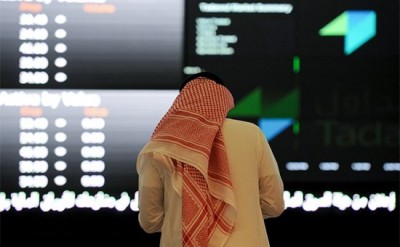 The prospects for a coordinated oil output freeze have become increasingly uncertain following the recent Saudi Arabia’s statement that the kingdom will not freeze its output without the involvement of Iran, Emma Richards, an oil and gas analyst with BMI Research, which is a part of Fitch Group, believes.

“Iran will not submit to a freeze at this stage, and without the involvement of Saudi Arabia it is unlikely that a full agreement could be reached,” Richards told Trend on April 6.

On April 17, major oil producers are expected to meet in Doha to discuss an agreement to freeze oil output at January 2016 levels. In February, representatives from Saudi Arabia, Qatar, Venezuela, and Russia discussed possible measures to stabilize the current oil market, including the oil production freeze.

Last week Saudi Arabia’s Deputy Crown Prince Mohammed bin Salman said that Saudi Arabia will only freeze its oil output if Iran and other major producers do so.

Iran’s Oil Minister Bijan Namdar Zanganeh in its turn said that Tehran will not join the oil output freeze plan. He said Iran may participate in the talks with fellow OPEC members and Russia in Qatar April 17 without joining their proposal to freeze crude oil production.

Richards believes that the failure to reach an agreement would be highly destabilising for the market, risking a relapse in prices.

“As such, it is probable that the producers will look for some middle ground, to positively spin the outcome of the meeting and offer continued verbal support to the market,” Richards said.

She believes that if Saudi Arabia were to commit to the freeze without Iran, then the freeze would be effective in supporting prices.

“After the comments from the Deputy Crown Prince though, this appears an unlikely outcome,” Richards said.