Cheap oil and gas couldn’t stop another record year for renewables, or a turning point for energy investment. 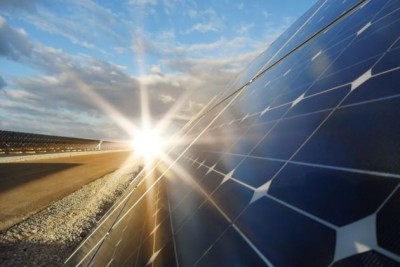 Renewables just finished another record-breaking year, with more money invested ($329 billion) and more capacity added (121 gigawatts) than ever before, according to new data released Thursday by Bloomberg New Energy Finance.

This wasn’t supposed to happen. Oil, coal and natural gas bottomed out over the last 18 months, with bargain prices not seen in a decade. That’s just one of a handful of reasons 2015 should have been a rough year for clean energy. But the opposite was true.

Another reason investment in clean power could have declined: Europe. Once the world leader in new-energy spending, Europe’s investments have fallen off amid economic stagnation. Last year, Europe had its smallest investment in renewables since 2006.

Europe has been supplanted by China as the new global giant pushing renewables forward. China spent a record $111 billion on deployment of clean energy infrastructure last year. That’s 17 percent more than it spent the prior year, and almost as much as the U.S. and Europe combined. Spending in the U.S. rose 7.5 percent in 2015 to $56 billion, the most since federal stimulus spending peaked in 2011.

Perhaps the biggest surprise last year came from smaller countries that often don’t register on charts like the one above. For the first time, half of the world’s annual investment in clean energy came from emerging markets.

Even more telling is that the world has reached a turning point, and is now adding more power capacity from renewables every year than from coal, natural gas, and oil combined. That trend continued in 2015 despite crashing fossil fuel prices.

And since clean energy is also getting cheaper, the world got more bang for each buck. Investment dollars rose 4 percent last year, while the new capacity added for wind and solar jumped 30 percent.