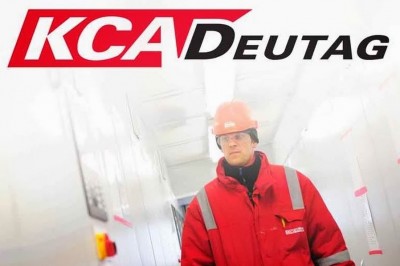 KCA Deutag drilling company has been selected BP company’s contractor for the drilling operations in the Caspian Sea, reported oedigital.com.

The first contract has been awarded to the offshore subdivision of KCA Deutag and envisages drilling and technical service on the Central, Eastern and Western Azeri platforms, Chirag and deep-water section of Guneshli and the platform of the gas condensate  field Shah Deniz. The contract has been concluded for three years with the possibility of extension by 6 more years.

The second contract has been awarded by RDS (KCA’s subdivision for design) and envisages providing engineering services to all drilling operations of BP projects in the Caspian Sea. The contract entered into force since December 1, 2015 and will be effective till September 30, 2017 with the possibility of prolongation by two more years.

“Considering the possibilities of prolongation, total cost of contracts with KCA Deutag will reach $1 billion,” said the same source.

KCA Deutag is involved in the projects in Azerbaijan since 1997. The drilling rig on the Chirag platform is owned by KCA Deutag and is rented to BP.

The company’s staff in Azerbaijan numbers about 750 employees, of which 75% are Azeri citizens.