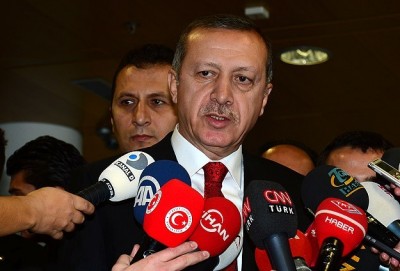 Turkey, if necessary, can purchase gas not only from Russia but also from other sources, Turkish President Recep Tayyip Erdogan said Oct. 7, Haber 7 agency reported.

He said, if Russia will not build Akkuyu Nuclear Power Plant, then others will do it. Russia has invested 3 billion dollars in the project and it should be more concerned about it, Turkish President said.

Erdogan said that Turkey is a major importer of Russian gas and the loss of Ankara will be a serious loss for Moscow.

Turkey’s Foreign Ministry said that the planes of Russian air forces, involved in the military operation in Syria, violated Turkey’s airspace on Oct. 3. The aircraft of Turkish air forces carried out warning sorties following the violation of the country’s airspace. After this Russian planes left the Turkish airspace.