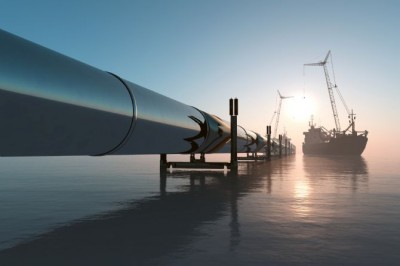 The Trans-Caspian Pipeline Project (TCP) has been a much desired development. Primarily advocated by Azerbaijan and Turkmenistan, it has consistently enjoyed support from Turkey. The EU has also looked favourably on such a venture. It has been the Russians and the Iranians who have objected to the construction of a pipeline on the seabed. Given the ongoing difficult relations between Russia and the European Union, the TCP idea has once more elevated itself into the higher echelons of the international energy agenda.

Ever since the break up of the USSR, the hydrocarbon-rich Caspian Sea and its coastline has whetted the appetites of many a European policy-makers as well as global energy companies. With the crisis in Ukraine, which first began almost a decade ago and intensified dramatically with the annexation of the Crimea and organized violence in the east of the country, the EU has been forced to focus on the Black Sea and beyond, both in terms of political stability as well as energy security.

Realizing that there is a great risk attached to the supply of energy throughout Ukraine, the EU has had to reevaluate its policy of energy diversification. The Ukrainian crisis has demonstrated the inadvisable decision to increase dependency from a single supplier –  namely, Russia. The correct lesson to be learned from such a development is to increase the number of suppliers, thus lessening dependency on a single actor.

It is within this context that the EU has renewed its interest in the Southern Gas Corridor (SGC) in general and the TCP in particular. Transporting energy resources from the east of the Caspian to the west and into western Europe is not a new idea. It has been the source of debates and discussions for the better part of a quarter of a century. The late Turkmen President Niyazov was a fervent advocate but was ultimately denied the opportunity to witness the construction of such a pipeline.

The opponents of the pipeline have been clear from the start and remain so. Moscow has consistently voiced opposition, citing the legal status of the Caspian Sea as well as bringing forth qualms concerning environmental damage. Iran has also been a loyal ally in this critique, echoing the call to action for all littoral states possessing veto power concerning the construction of an underwater pipeline.

Azerbaijan, whilst continuing to enjoy the benefits accruing from the “contract of the century” in terms of supplying oil and gas to hungry consumers, has also voiced its support for constructing the TCP, thus adding the role of transit country to that of the direct supplier. This is a perfectly rational and logical development in terms of Azeri foreign policy as the starting gun has been fired in terms of the Trans Anatolian Pipeline (TANAP) as well as the Trans Adriatic Pipeline (TAP).

Therefore, the necessary infrastructural developments required to transport eastern Caspian energy resources are beginning to take shape, which naturally raises the prospect of increasing capacity. It is in this context that Azerbaijan, whilst committed to meeting the supply for the early stages of TANAP and TAP gas distributions, is willing to receive additional gas from Turkmenistan to forward to western European markets.

TANAP has been a formidable success for Azeri foreign policy in terms of constructing dependable and reliable infrastructure that is capable of transporting gas extracted from the western Caspian crossing Turkish territory onto the Greek border. Through TAP, this gas will be distributed to energy hungry EU member states, primarily in central and eastern Europe. Both pipeline projects fit under the umbrella of the SGC idea espoused by Brussels, which in itself is a response to calls for greater energy security.

Since its independence, Baku has adopted a wise and intelligent policy of allying with its most reliable neighbor – Turkey. With affinities for historical, ethnic, religious, cultural and societal affairs, Ankara has demonstrated its staunch support for Azerbaijan time and time again. Perhaps the bilateral relationship was best expressed by the late Azerbaijani President Heydar Aliyev when he referred to Turkey and Azerbaijan as “one nation, two states.” Regarding the TCP, Turkey has pushed for its completion, lobbying in favour of constructing the link that would tie Azerbaijan and Turkmenistan together.

Despite disputes relating to their respective borders concerning the Caspian Sea, both Azerbaijan and Turkmenistan have expressed support for the TCP project. In fact, as Turkmen President Berdymukhamedov recently emphasized, the pipeline project is receiving much international support. Given Turkmenistan’s major gas supply commitments to China, a western buyer would be quite welcome in terms of energy diversification. After all, it is much better to have two hungry clients than one. Furthermore, for many years Ashgabat has been conscientiously financing the construction of its domestic east to west gas pipeline, which will connect the gas extracted from its western regions to its Caspian coast.

Spending billions of dollars to transport enormous amounts of natural gas from the west of Ashgabat to the eastern banks of the Caspian makes no sense if this gas cannot be transported further west. Firstly, the Caspian coast is sparsely populated and, given that the total population of Turkmenistan hovers around five and a quarter million, there is nowhere near a sufficient domestic demand in this region to consume the gas. Secondly, none of the littoral states have expressed any interest in buying this gas. The situation leaves only one alternative: the gas must be transported westward to energy-poor markets such as Turkey and other EU member states.

Interestingly, the capacity of the domestic east-west pipeline constructed by Turkmenistan is exactly the same as the proposed TCP: 30bcm. This begs the question of who will make use of the gas delivered to the Caspian coast? Ashgabat has fulfilled its side of the bargain by transporting gas to its extreme western border, from which it needs to be connected to the TANAP or the Baku-Tbilisi-Erzurum gas pipeline.

Such plans and projections are very welcome in Baku, which is correctly identifying the signals emanating from Brussels that pay greater attention to and emphasize the SGC. The TCP, if and when it is finalized, would become part and parcel of the SGC, which ipso facto would increase the importance of Azerbaijan in terms of energy security in the eyes of Brussels.

Clearly the advocacy of the SGC is nothing but a plus for Azeri foreign policy. Baku, similar to any other energy supplier is looking for reliable long-term clients to sell to whilst the EU is trying to diminish its dependency on Russian natural gas, especially after the unfortunate developments in southern and eastern Ukraine. Therefore, the SGC is a potential match made in heaven between western Europe and the Caspian countries.

One must also not forget to include Kazakhstan in this projection as Kazakh gas could also benefit from joining the TCP and connecting to the Baku-Tbilisi-Erzurum gas pipeline, which, incidentally, was one of the original ideas underpinning that particular venture. Naturally, TANAP offers both Kazakhstan, as well as Iran, energy opportunities. The oil and gas flowing from Astana and Tehran could also, in time, be connected to TANAP and benefit from a direct export route to Western Europe.

The TCP, whilst offering great opportunities for both suppliers and consumers, also faces tremendous difficulties. Iran’s opposition may well lessen as sanctions are lowered and export opportunities for oil and gas heighten. Funding of a domestic energy infrastructure could change the harsh attitude of Tehran towards the TCP. The opposition, however, of a regional power in the guise of Russia must be taken seriously. Especially given the highly ambitious aims revealed by its recent Caspian naval strategy and the firing of rockets into Syria from the Caspian, Moscow is a power to be reckoned with.

One of the central problems associated with the TCP has been the low level of confidence inspired by the EU. For one, The Turkmen government has never been fully confident pertaining to the role adopted by the EU. The view from the Caspian is that EU’s soft power is not a match for the existing Russian hard power. In order for the TCP to be completed, supporters must demonstrate smart power, instead. Only significant security actors on the global stage can provide such smart power. It is this dimension that casts a long shadow over an otherwise viable and profitable energy infrastructure venture.

Dr. Süreyya Yiğit is a faculty member at the department of International Relations of İstanbul Aydın University.
http://www.turkishweekly.net/