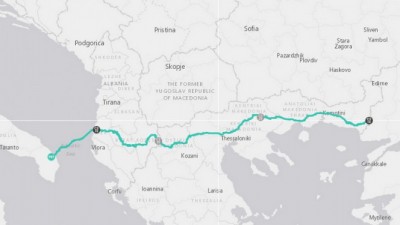 Italian gas infrastructure company Snam could take a stake of up to 20 percent in the project to build the Trans Adriatic Pipeline (TAP) that will carry gas from Azerbaijan to Europe, its chief executive said on Thursday.

CEO Carlo Malacarne said that as gas buyers are signing binding, long-term ship-or-pay contracts for the Azeri gas, the transmission revenue is guaranteed, which opens the way for regulated infrastructure players like Snam to enter the project.

“We are ready to evaluate buying up to 20 percent of the project,” Malacarne told Reuters at the Paris World Gas Conference.