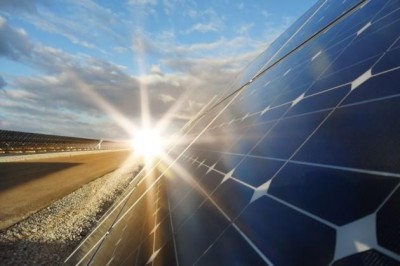 German company Promondis Kazakhstan recently began construction of the country’s largest solar power plant with a total capacity of 75 MW in South Kazakhstan, according to the regional akimat (administration).

The press report states the total volume of foreign investment in the implementation of the comprehensive project will be $250 million. The first phase of construction of a solar power plant generating 35 MW has already started in the Otyrar district of Koksarai village. This specific plant expects to create 35permanent jobs.

Deputy Akim (Governor) of the South Kazakhstan oblast Saparbek Tuyakbayev made a speech at the ceremony laying down the cornerstoneatthe site of the future solar power plant. He noted that the regional akimat provided direct support at all stages of the development of the integrated project in all aspects of organisational and administrative measures, particularly questions of obtaining land permits, agreeing on connection points, the project’sinclusion in the officiallist of renewable energy projects at theKazakh Ministry of Energy and other issues.

“At least six renewable energy projects with a total capacity of 290 megawatts are planned to be realised in the South Kazakhstan region between 2015 and 2016. Consequently, the current deficit of the region’s electricity needs of 280 megawatts will be fully covered with the renewable energy sector by 2017,” said Tuyakbayev.