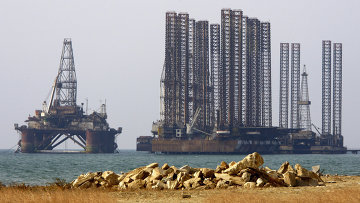 The situation is paradoxical indeed: two big companies are involved in production in the country – BP-Azerbaijan s and SOCAR. They use one and the same method of statistics, while the State Statistical Committe uses a diffreent one. More than 20 years now we have all western technologies in the oil industry, but the government still uses the Soviet statistics.