With the EU placing increasing importance on the diversification of sources of energy supply, Natural Gas Europe was pleased to have the opportunity to receive the views of BP’s Vice President, Joe Murphy.

As BP’s Vice President for the development of the giant Shah Deniz field and the Southern Gas Corridor, Joe Murphy is responsible for the integrated leadership of this $45 bn project, bringing natural gas from the Caspian Sea to Europe for the first time.

The project includes construction of offshore facilities in Azerbaijan and expansion of a terminal and pipeline system from Azerbaijan to Turkey. It also involves transportation of gas through 3500km of pipelines within Turkey and Europe and gas sales to consumers across southern and central Europe.

– The Southern Gas Corridor is clearly a giant project that will require massive efforts to realise. How important is it to Europe and to the countries involved? 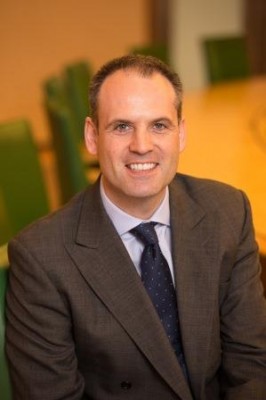 – The Southern Gas Corridor (collectively Shah Deniz Stage 2 [SD2], South Caucasus Pipeline Expansion [SCPX], Trans Anatolian Natural Gas Pipeline [TANAP] and Trans Adriatic Pipeline [TAP]) forms one of the largest energy projects anywhere in the world.  And it is a project which really is of great significance for Europe and the host countries.

Shah Deniz Stage 2 is expected to provide 16 billion cubic meters per year (bcma) of gas to millions of consumers in Georgia, Turkey, Greece, Bulgaria and Italy. This is enough gas to meet the needs of every capital city along the Southern Gas Corridor – more than twice over. 6 bcma will be supplied to Turkey, and 10 bcma of gas will go to Europe. Of this 10 bcma, 8 bcma is committed to Italy and 1 bcma each has been sold to Greece and Bulgaria.

As Europe’s domestic supplies fall, the Southern Corridor will provide a new source of gas that is secure, affordable and sustainable.  It will link Caspian resources directly with European gas markets for the first time. And it is expected that with additional gas production opportunities in Azerbaijan, the ability of the Southern Corridor to bring new sources of supply could in future extend beyond Bulgaria, Greece, Albania and Italy to other parts of South East Europe and Central Europe.

The Southern Gas Corridor projects are expected to bring $45 billion of investment and create thousands of new jobs for host countries.

– What are the benefits to Azerbaijan from the Southern Gas Corridor?

– Increased gas production will underpin Azerbaijan’s role as a major regional gas supplier. Azerbaijan will gain a new source of revenue, new onshore assets, offshore facilities and export infrastructure – all built to international standards using advanced industry technology. Above all, by opening up the Southern Gas Corridor, Azerbaijan will continue to build its growing reputation as an important contributor to the energy security of Europe.

Shah Deniz is expected to create thousands of local jobs during the construction phase. More than 9,500 people are already working across all main contracts, 90per cent of them Azerbaijani nationals.

– How does the present low oil price environment affect SD2/SCPX and SCG in general? Do you expect any impact should this environment continues for some time?

– The energy industry is a long wavelength one used to oil price cycles and makes investment decisions for the long-term. The gas from Shah Deniz Stage 2 has been sold under long-term gas sales contracts.

Our projects in Azerbaijan are long-term and very important to us and to the country. We are fully committed to delivering the Southern Gas Corridor; a strategic project which will open up a new market for Caspian gas resources. Drilling, construction and fabrication are progressing well.

– How confident are you in your ability to deliver the gas to Europe in 2020?

– The various elements of the project are underway and the activities are running on schedule.  We are on track for first gas in the second half of 2018 with deliveries to Europe expected in 2020.

We have just completed drilling the 7th out of 26 production wells for the field. And the development of the facilities is on schedule, with fabrication underway in all the Baku yards and platforms, subsea equipment and pipe beginning to take shape.

– What is the current status of the BP-operated parts of the project? How much has already been spent? How much progress have you made?

– The BP-operated parts of the project –SD2 and SCPX – are progressing very well. Since the start of 2014, about $10 billion in engineering and construction contracts have already been awarded on these projects. About 9,500 people are already involved in construction activities in Azerbaijan alone.

– What role will BP play in the realisation of the entire project in addition to its operatorship of SD2 and SCPX?

– BP – along with SOCAR – is taking a leading role in the development of the Southern Gas Corridor.  We are delighted to be able to strengthen our excellent relationship with Azerbaijan and the region, and to continue our successful working relationship with SOCAR.  We are committed to continuing to develop the local workforce and make a positive socioeconomic contribution.

– What effect do you expect of the Russian pipeline decision via Turkey to have on your project?

– Our focus is to get the Shah Deniz and Southern Gas Corridor projects completed safely, on time and on budget. TANAP already has customers under contract to ship their gas through TANAP, and the new volumes of gas from SD2 are sold under long term contracts.  The Southern Gas Corridor will connect Caspian supplies to Europe for the first time. The Turkish Government has re-confirmed its commitment to delivery of TANAP and the importance of the project.

– How helpful are the various advisory panels and organizations like the SGC Advisory Council which recently met in Baku?

– As you would expect with a project of this scale and complexity we rely on the support of governments involved in order to solve issues and keep the project on track. We do not underestimate the scale of the challenge involved and the complexity which will need to be managed over the next few years.  There are many stakeholders to satisfy and align: seven governments have an interest in the project – each with local, regional and national layers, eleven companies hold shares in one or several parts of the upstream project or the three pipeline systems, and eleven gas purchasers will be involved in off-taking major new volumes of gas in order to meet their own market and customer needs and commitments.

Ilham Shaban is Director of the Azerbaijan Centre for Oil Studies, in Baku.