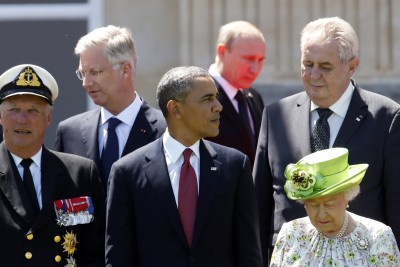 The United States and Russia are once more locked in what could be a generation-defining conflict, and Europe is yet again the core battleground. But this Cold War reprise isn’t about military supremacy.

It’s about heat and electricity for tens of millions of Europeans. The points on the map aren’t troop deployments, tank battalions and missile silos but pipelines, ports and power plants.

As the Obama administration escalates economic sanctions on Russia and weighs military support to Ukraine, it also has revved up a less noticed but far broader campaign to wean Central and Eastern Europe off a deep reliance on Russian energy. Success, U.S. officials say, would mean finally “liberating” former Soviet states and satellites from decades of economic bullying by Moscow.

To that end, Washington is helping set up new natural gas pipelines and terminals in a region that depends on Russia for more than 70 percent of its energy needs. It is pushing American companies’ bids for nuclear plants and fracking exploration in Europe.

Yet as the U.S. makes headway, the Kremlin is fighting back, warning neighboring governments about the consequences of looking westward for fuel. Russia is trying to outmaneuver the U.S. on nuclear bids, buy up pipeline infrastructure across Europe and control not only how its vast energy reserves move westward, but what European governments can do with those supplies afterward.

“It’s a chess match,” said Amos Hochstein, the State Department’s special envoy for international energy affairs, as he pored over a map of Europe dotted with existing and proposed pipeline routes.

Although the U.S. has pressed its European partners for decades to find new oil, gas, coal and nuclear sources, the crisis in Ukraine has upped the ante. Russia’s takeover of Crimea last year and continued support for rebels in a brutal civil war in Ukraine has changed Europe’s mindset about relying so heavily on Russian energy.

Last month, Secretary of State John Kerry visited Bulgaria to push for a new gas spur and to promote an American company’s bid to build a new nuclear plant. Bulgaria relies on Russia for 85 percent of its gas and all of its nuclear power. The prices, among the highest for NATO countries, are a concern within the alliance, which prides itself on winning the Cold War. 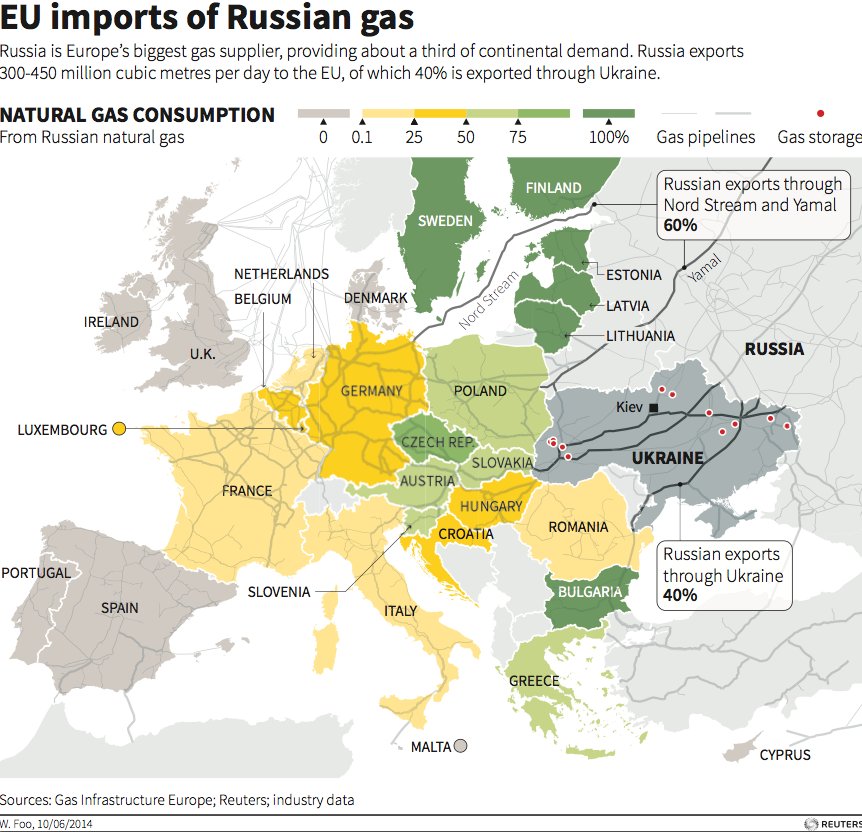 “The battle was won,” Kerry told staffers at the U.S. Embassy in Sofia. “And here we are today in 2015, and Russia is still trying to impose on people its will.”

Victoria Nuland, America’s top diplomat for Europe, and energy envoy Hochstein have spent much of the past few months working with Europe on a coordinated energy strategy. Their message: Failure now will only invite more Russian pressure.

While episodes of Russia shutting off the energy spigots to its neighbors have raised alarms, persistent infighting among European governments and energy companies has hampered diversification efforts across the continent.

Big countries, especially, have found it easier to make private deals with President Vladimir Putin’s government. And that has done little for Europe’s most vulnerable economies, whose infrastructure is designed only to take in supplies from Siberia.But, increasingly, there now is action in addition to diversity talk.

With U.S. support, Lithuania and soon Poland will be importing liquefied natural gas from Norway, Qatar and potentially the United States. New pipelines will enable Central and Eastern European countries to send fuel from west to east and north to south.

And in a couple of years, a southern corridor should be taking fuel from the Caspian Sea through Azerbaijan, Georgia and Turkey, and into Europe, bypassing Russia.

Those advances combined with other moving parts — a liquefied gas plant off the Croatian coast, a Bulgaria-Romania network connection, links into Serbia and Hungary, and greater energy integration as far afield as Spain and France — will mean Europeans can increasingly trade energy among themselves, pooling their fuel sources and weakening Russia’s grip.

Hochstein said the U.S. would like to see a 20 percent slice cut out of Russia’s current share of the Eastern European gas market by 2020, considering that a major step forward.

While Western Europe provides the funding, the U.S. is giving technology and political support.

In a speech last week at the Brookings Institution, Nuland hailed Poland, Hungary and Slovakia for starting flows of gas in reverse to help Ukraine stave off an energy crisis. Moldova established a gas interconnector with Romania.

“In the area of energy security, we’re not just talking the talk,” Nuland said. The strategy aims “to create competition. … It’s about ensuring energy can’t be used as a weapon.”

Within the U.S., there is debate over whether America can be doing more.

The fracking revolution at home has propelled the United States past Russia as the world’s top gas producer, yet U.S. exports to Eastern Europe are minimal. The region’s lack of infrastructure, investment and transparency are partly responsible; another part is American unease with selling more liquefied natural gas overseas.

Still, officials say the U.S. gas boom is already affecting Russia’s export power by lowering global prices and freeing sources of fuel that otherwise would have been gobbled up by the American market.

As American officials have traveled around Europe, working with governments on new projects, Russian representatives have been quick to follow.

A September visit by Gazprom CEO Alexei Miller prompted Hungary to suspend reverse gas flows to Ukraine for more than three months. Elsewhere, Russia has responded to increased European pipeline activity by trying to buy up the pieces.

A year ago, Hungary announced an $11.3 billion deal with Russia to construct two new reactors at a Soviet-built nuclear plant; the deal involved almost no discussion and no international tender, shutting out Westinghouse, which had been interested in the deal.

Putin accepted defeat in December for a multibillion-dollar plan to build a pipeline under the Black Sea and into Europe after mounting EU opposition. But he vowed to increase supplies to Turkey across existing infrastructure and possibly build a new link that would take gas into Greece and beyond.