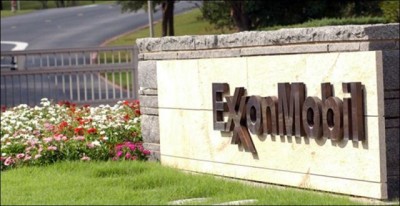 With oil below $50 a barrel no one expected Exxon Mobil to grow sales or earnings in the fourth quarter.

Investors though were apparently struggling to determine what to make of a report which showed the company slightly missing Wall Street’s already low revenue expectations but handily beating analysts’ earnings forecast.

The stock hovered near Friday’s closing price of $87.42 in the first hour of pre-market trading following the release, at times slipping into the red. Shortly before the opening bell Exxon appeared poised to open in the green, up 0.8% to over $88. Exxon shares are down about 5% year-over-year.

On the income front, however, Exxon beat Street expectation for just $1.34 of per share earnings. Improved margins from its chemical business partially offset the potentially lethal combination of sharply lower commodity prices — crude oil sank 40% during the fourth quarter — and a planned boost in maintenance costs.

Oil-equivalent production declined 3.8% from a year earlier, largely due to the expiration of an Abu Dhabi onshore concession.

“ExxonMobil’s results illustrate the value of our proven business model that integrates upstream, downstream, and chemical businesses,” said CEO Rex Tillerson in a company statement on the quarter and full year. “Our balanced portfolio uniquely positions ExxonMobil to deliver superior results throughout the commodity price cycle.”